I am starting to see that I am hooked on pumpkin. I made pumpkin puree out of three pie pumpkins so I am trying to be creative, coming up with unique dishes involving the puree. This is my fourth post involving pumpkins but I think that it is my favourite one.

Our family loves to have breakfast food at dinner time and pancakes are always in demand with the kids. Each time we have pancakes I am amazed how many our kids can eat. By adding some pumkin puree and pumpkin pie spices, the pancakes came out moist and flavour was present but not overpowering. The kids loved them. 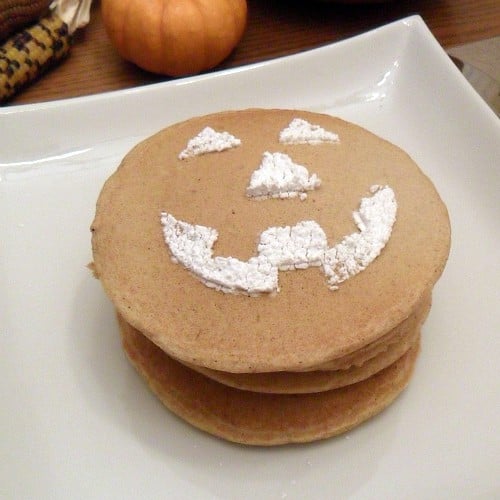 As I thought about these pancakes I realized they are the shape of a pumpkin. I immediately knew that the kids would get a kick out of them if I decorated them to look like a jack-o-lantern. Looking around for ideas and inspiration in the kitchen I found a margarine container lid. Using an x-acto knife the lid made a perfect stencil.

Ben, my oldest son, ran in the Toronto North District cross country race and came in fifth. He advanced to the all-city race next week. At dinner time he was hungry and, as usual, ate a huge portion of pancakes. All three of the kids loved that the pancakes were decorated, particularly liking the ones with nutella. But really, who doesn’t like nutella? 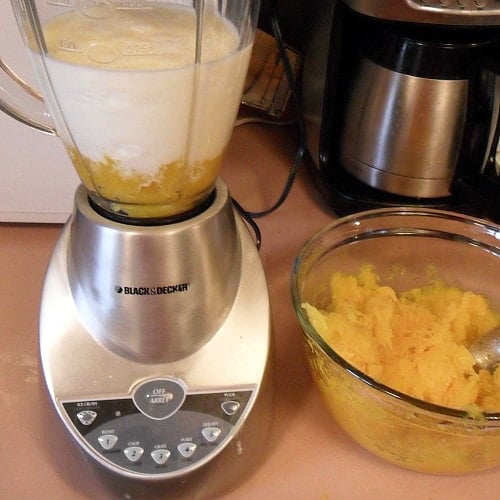 Mix the wet ingredients in a blender until smooth. 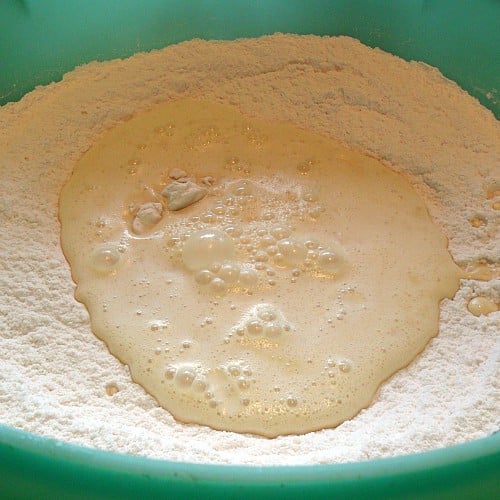 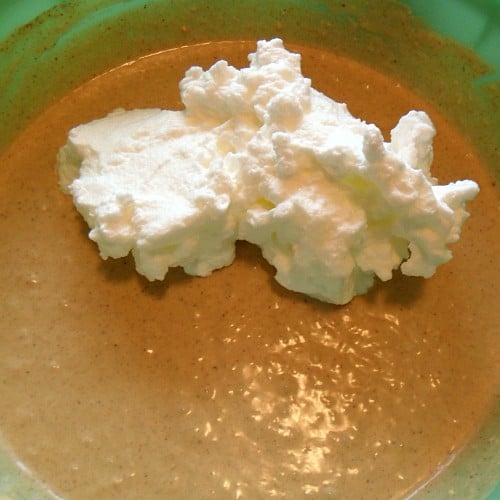 Fold in the stiff egg whites. Continue to fold them into the batter gently until the lumps are gone. 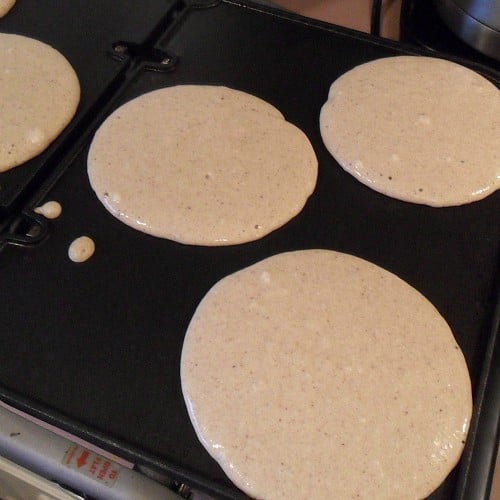 Pan fry on a griddle or pan a few minutes on each side. 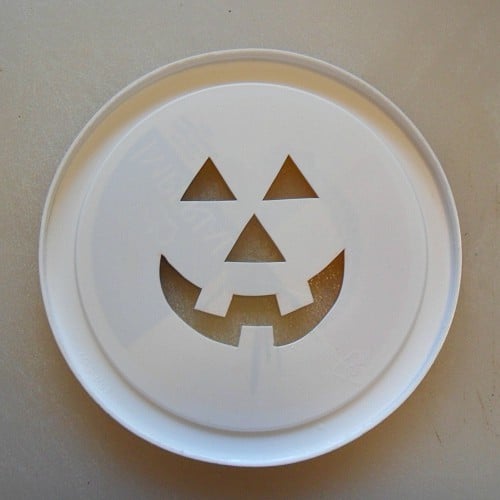 I used the lid of a margarine container to make the stencil and cut the shape out with an x-acto knife. 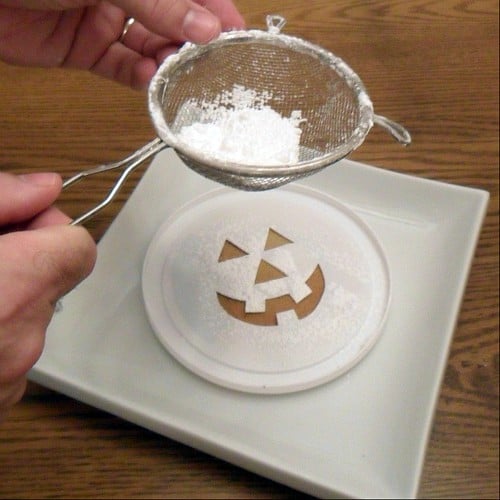 Place the stencil on the pancake and shake some icing sugar on top. 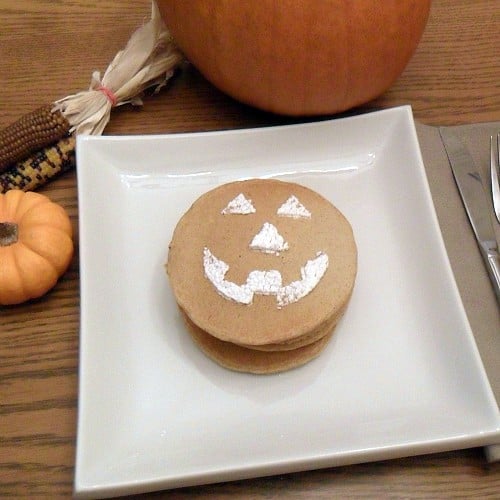 Remove the stencil and you have a jack-o-lantern pancake. A perfect Halloween treat! 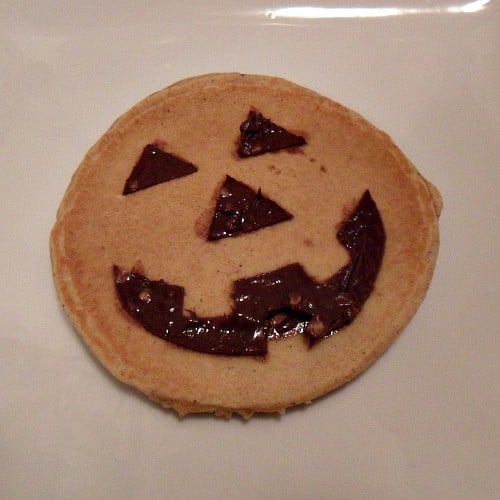 My kids loved the icing sugar pancakes but went ‘through the roof’ when I made some with nutella!!

No ratings yet
Print
These fluffy pancakes have pumpkin puree and spices and are fun to decorate into a jack-o-lantern. Great for Halloween and fun for kids!
Prep Time: 15 minutes
Cook Time: 10 minutes
Total Time: 25 minutes
Servings: 4