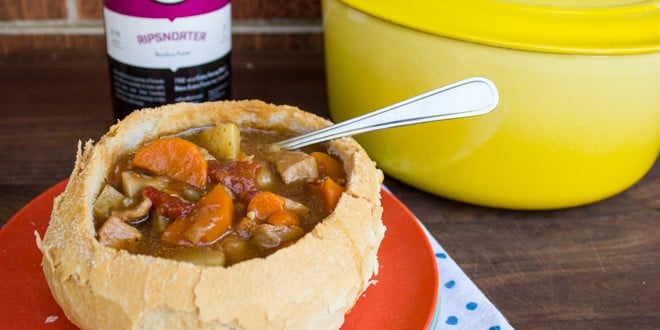 This past weekend was a cool one here in Toronto. It came as a surprise considering how warm thanksgiving weekend was the week before. Not only was it cold and windy but there were even some snow flakes falling on Saturday afternoon.

Cold weather totally gets me in the mood for soups and stews. So, out came the crock pot slow cooker to make a big batch of Pork and Porter Stew. There is nothing like a big bowl of stew to warm up those cold bones.

The beer I used for this stew is from the good folks at Refined Brewery from Sarnia Ontario. They make small batch craft beer and they have some awesome beers in their lineup. For this stew I used Ripsnorter, which is a Bourbon Porter. This dark beer is rich in flavour without even a hint of bitterness. I love it and it worked great as a flavour base for the broth of the stew. 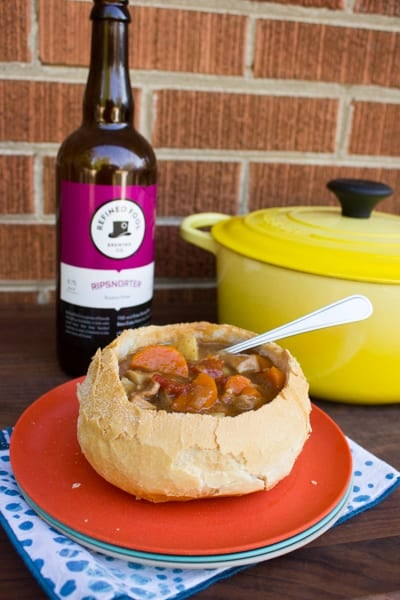 I love to make stew in the slow cooker. It is simple to throw it all together and walk away, letting the crock pot do all the work. After 6-8 hours of cooking, the stew is nice and cooked. The meat is super tender and the veggies are soft. Whisking in some corn starch before serving, thickens the stew broth nicely. 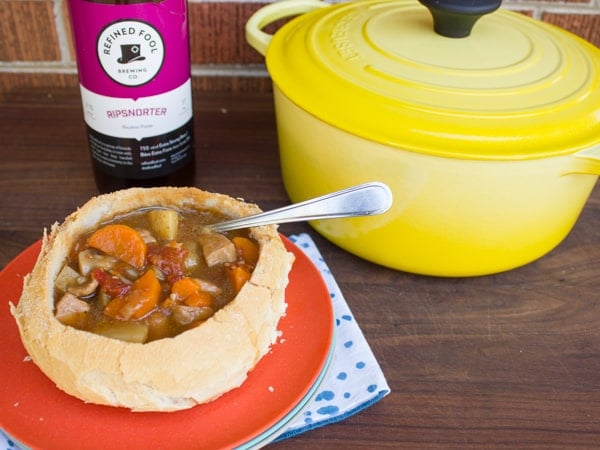 No ratings yet
Print
Delicious stew made with pork, potatoes, carrots, celery, onions and mushrooms. The broth is made with beef broth and a bottle of porter.

Pressure Cooker Option - To make this in the pressure cooker, after step 4, cook the stew on high pressure for 20 minutes. Once done, release the pressure and whisk the slurry (from step 6), into the stew.
Author: Steve Cylka