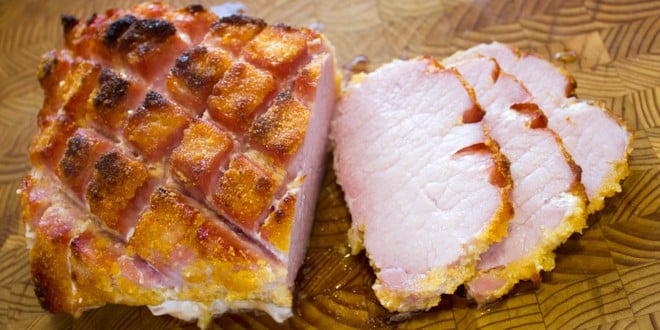 I love peameal bacon. Whenever I go out to a restaurant for breakfast and the waiter asks if I want, bacon, sausage, ham or peameal, I pretty much always choose peameal bacon. On top of the wonderful flavour of this cut of meat, it is nice that it is a healthier option compared to traditional bacon. Since peameal bacon is a cured boneless pork loin, there is very little fat and this is a super lean cut of meat. After the pork loin roast has been wet cured, it is rolled in corn meal. The name peameal, comes from the fact that decades ago cured pork loins were rolled in ground dried yellow peas. But, for a long time now, the roast has been rolled in corn meal while the name has still stayed the same.

While I often like to fry up slices of peameal bacon on a skillet, there are times, I want to have a whole roast cooked. This is nice to serve for a large group at a breakfast or brunch meal. It is simple as well, just prepping the meat and sticking it in the oven for a couple hours. A roasted whole peameal bacon is nice because it is super moist and juicy and great on a plate with eggs, hash browns, toast and other breakfast items. 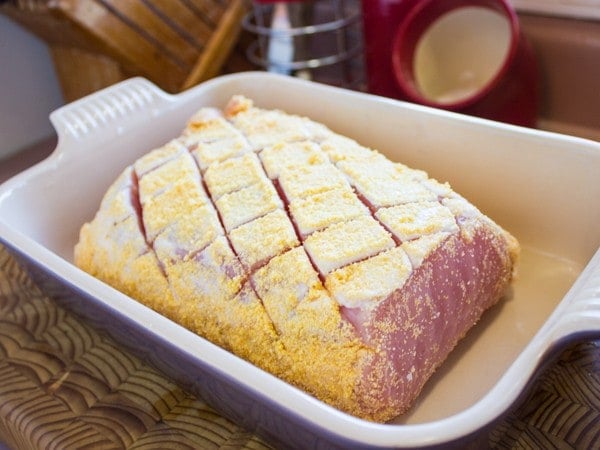 Place the roast in a baking dish with the skin side facing up. Take a sharp knife to score the top of the pork roast. I like to make cuts into the meat about 1/2 inch deep. Make cuts one way and then make cuts at a 90 degree angle to create squares across the top of the roast. 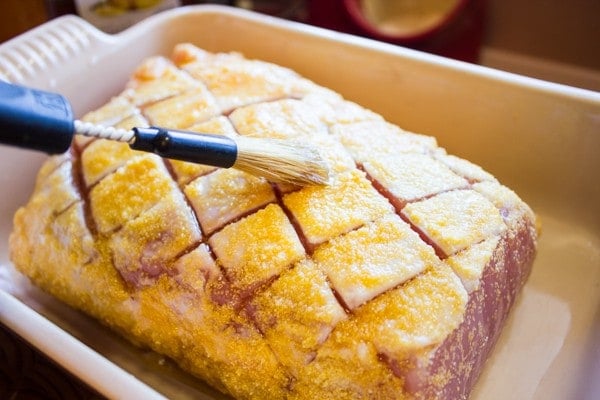 While the roast can be cooked the way it is, I love to brush some maple syrup on the top. This sweetens the meat and creates a nice glaze on the outside of the meat. Brush the maple syrup on very lightly so the peameal does not get brushed off the top of the meat. The maple syrup is all that I use, but it is also possible to add some spices as well. 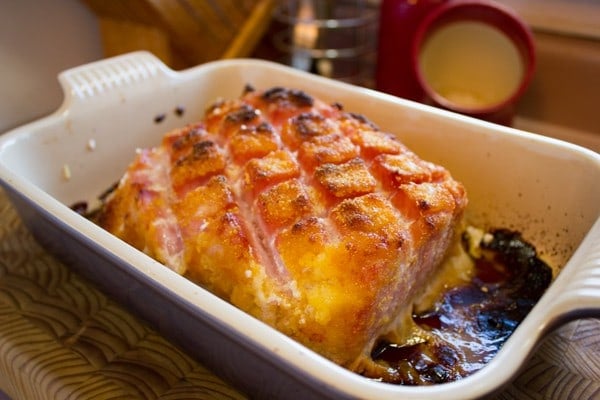 Cover the baking dish with foil. Place the roast in a 375F preheated oven and bake for one hour. Once the first hour is done, remove the foil and continue cooking. The roast is done when it reaches an internal temperature of 165F. The total cooking time varies on the size and shape of the roast, but it should be around 2 hours of total cooking time.

Once the internal temperature has been reached, remove it from the oven and let it rest for about 5 minutes. Then, use a sharp carving knife to slice up the roast in 1/4 or 1/2 inch slices. Serve immediately. 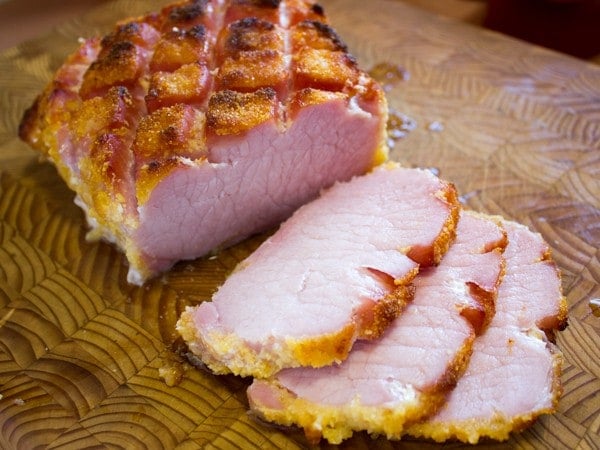 How to Cook a Whole Peameal Bacon Roast