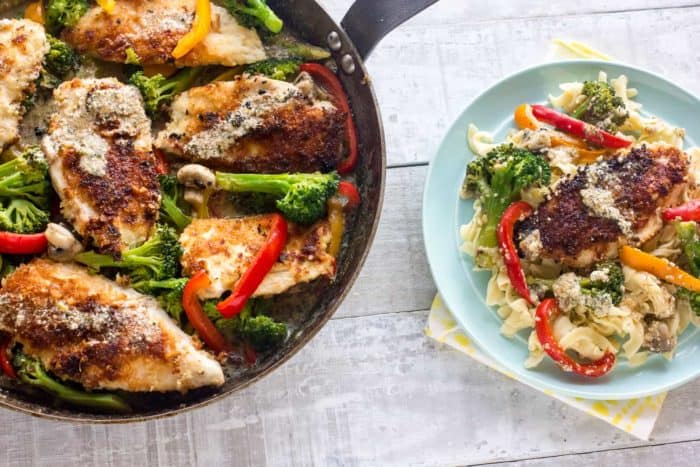 This dish is one of those meals that I have made for years. In fact, this is a meal that my mom used to make many moons ago, when I was a teenager. Once I moved out, she taught me how to make it, and ever since, this dish has been one of my go-to favourites. But, it is not just me who loves it, as my wife and kids are quite pleased any time I make it. This is also great to make when people are coming over for dinner and we have had many a guest rave about it and ask for the recipe.

There are so many things to like about this dish: 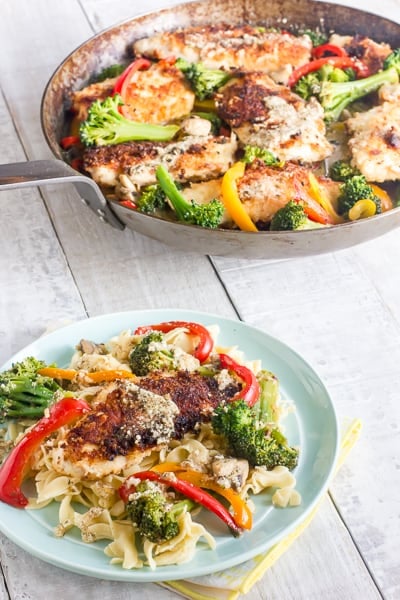 For this recipe I like to use chicken cutlets. These are essentially just boneless, skinless chicken breasts that have been sliced horizontally so you end up with two thinner pieces of chicken. You can then pound them to ensure they are an even thickness.

Chicken cutlets have a few benefits. 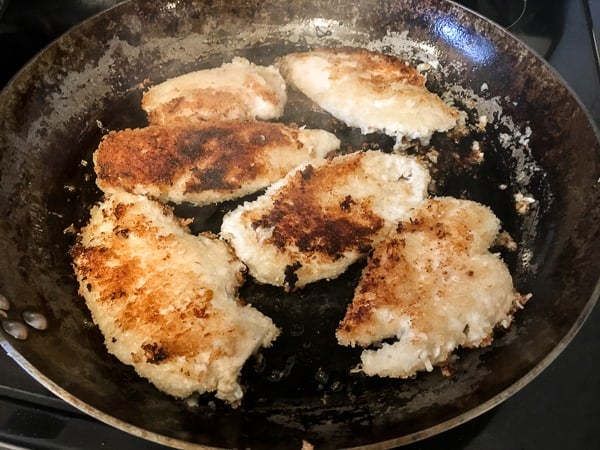 Dredge the chicken cutlets into panko breadcrumbs and then fry them in an oiled skillet over medium heat. 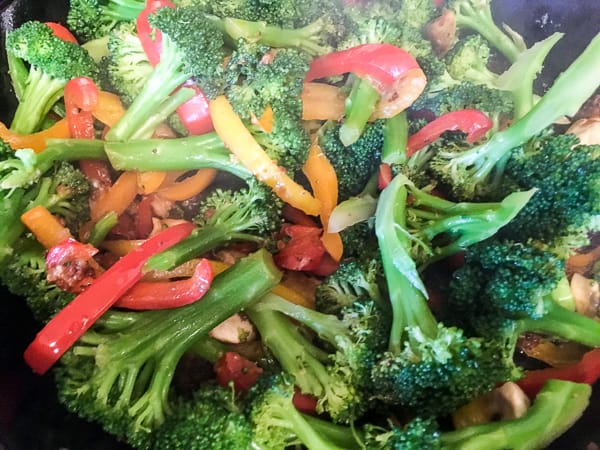 Once the chicken is cooked through and browned on both sides, remove them from the skillet and place them on a plate. They will come back to the skillet later.

Add the cut up veggies to the skillet and pour in the water. Cover with a lid and let the veggies steam for about 6 minutes. Stir every once in a while to make sure that the vegetables do not burn or stick to the bottom of the skillet. They are done once the broccoli stems are tender.

The last step is to make the sauce. Remove the vegetables from the skillet and place in a bowl. They will be added back later as well.

Melt the butter in the skillet and whisk in the flour. This creates a roux and helps to thicken the sauce. Slowly whisk in the buttermilk, dill and parmesan. Lower heat to a simmer and cook for just a few more minutes.

Add the vegetables and chicken back to the skillet and you are all done! Serve on some cooked noodles and you have one original and creative dinner! I generally use egg noodles for this dish as we like the taste and texture of them with this sauce. 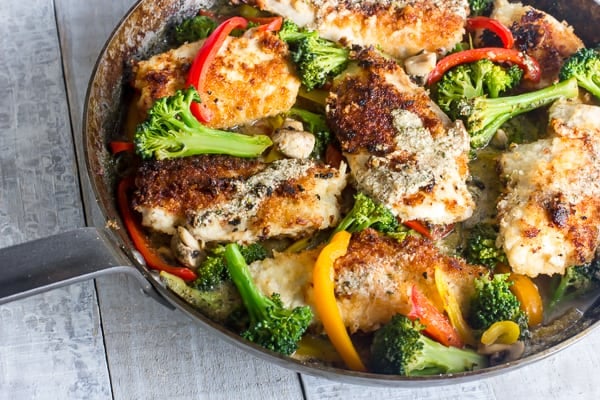 This meal looks like it is complicated and time consuming, but it actually does not take long at all. From start to finish you can get this meal onto the table in under an hour. It actually takes me between 30-45 minutes to prepare which makes this a great weeknight meal! 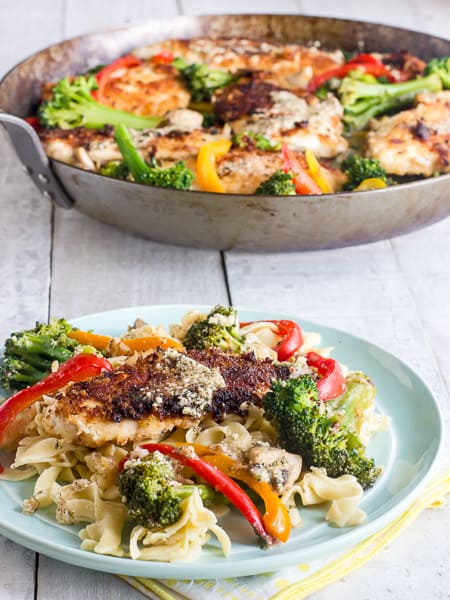 Chicken Cutlets with Vegetables in a Dill Cream Sauce

No ratings yet
Print
How to make chicken cutlets and fry them in a skillet with broccoli, peppers and mushrooms in a dill cream sauce with buttermilk and parmesan cheese.
Prep Time: 10 minutes
Cook Time: 30 minutes
Total Time: 40 minutes
Servings: 6