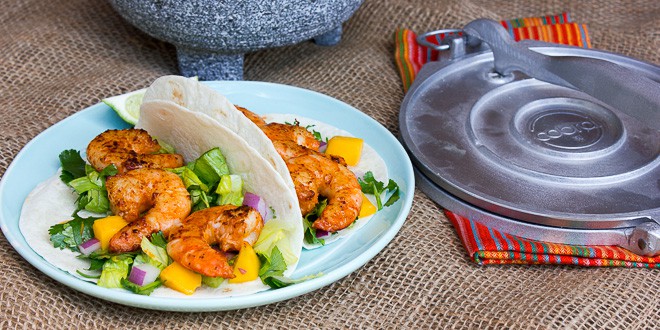 During the summer, my grill is often on and I am regularly trying new kinds of recipes. Last week I received a grillstone from Island Grillstone. Eager to try it out, I bought some shrimp, as shrimp can fall through the cracks of the grill and a large flat stone is perfect for grilling them.

Building a dish around the grilled shrimp, I decided to make shrimp tacos. I love any form of taco – beef, steak, chicken, fish and shrimp. It doesn’t matter, as there are so many options and variations to make something delicious in a soft flour tortilla! 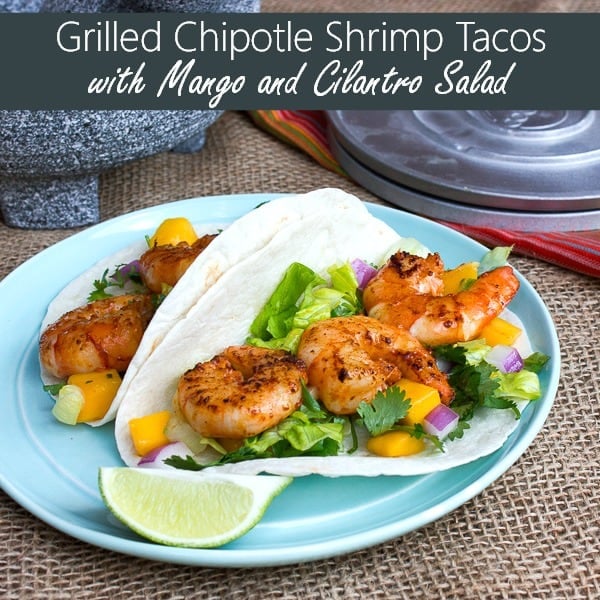 This is not just any grilled shrimp – oh no! These shrimp have been marinated in a chipotle puree. This gives them a robust and spicy flavor. To fill out the taco I made a tropical salad with romaine lettuce, mangoes, red onions, cilantro and a light lime dressing. 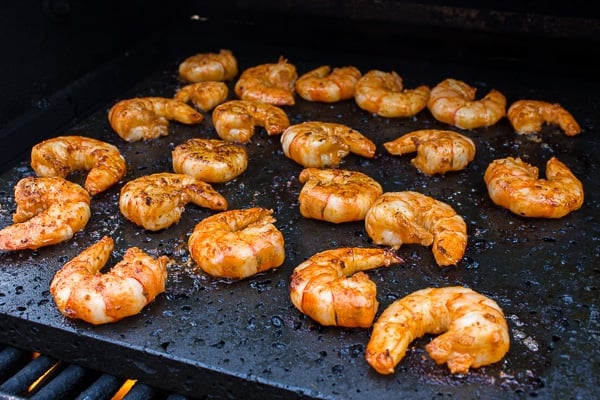 For my first time using the grillstone, it went really well. The shrimp did not stick at all and there was plenty room on the stone for more than 20 shrimp.

Assembling the taco is very easy, just throw on some of the salad and top with a few shrimp. The tacos had a really nice fruity flavor from the salad and a little heat from the shrimp. 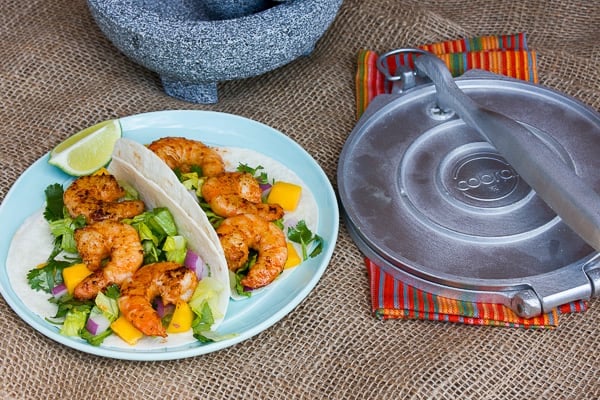