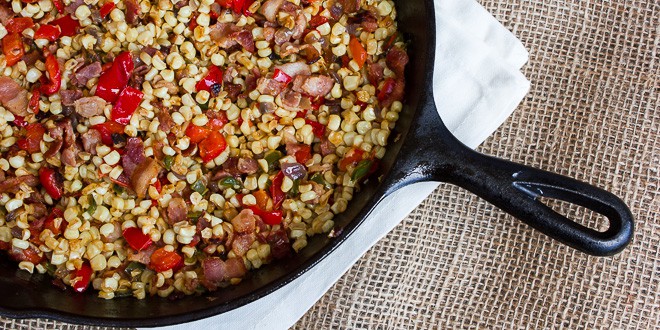 I love a care package and the other day I received a box full of corn in the mail. It was the first time I ever had a shipment of corn come right to my front door!

This corn that I received is Amaize Sweet Corn and it is a naturally bred white corn with no GMOs. I do not usually buy white corn so I was looking forward to tasting it. Known for having a nice crunch and sweet taste, I contemplated how I would cook up the corn. Since I was making fajitas, I decided to make a side dish with the corn that would fit in a tex-mex theme.

Skillet corn can be made really quick and it is an awesome side for many different dishes. It goes particularly well with Mexican, but I also love it alongside grilled steak, pork chops or chicken. The corn, onion and peppers are fried up with a pound of bacon and there is so much flavor packed in every bite.

The Amaize Sweet Corn was delicious and held up to the strong flavor of bacon and the heat of the jalapeno peppers. The kernels were crisp and nice and sweet. Delicious! 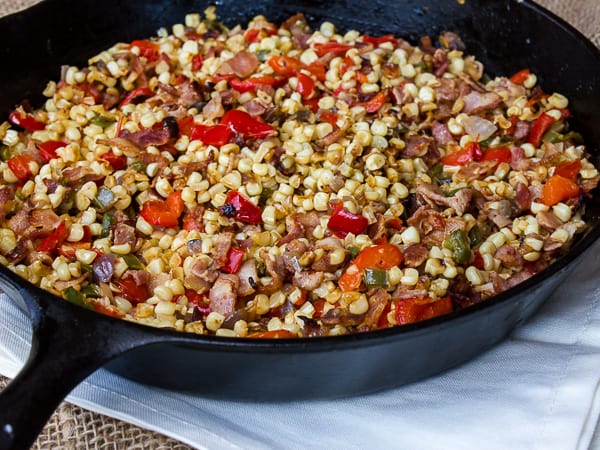 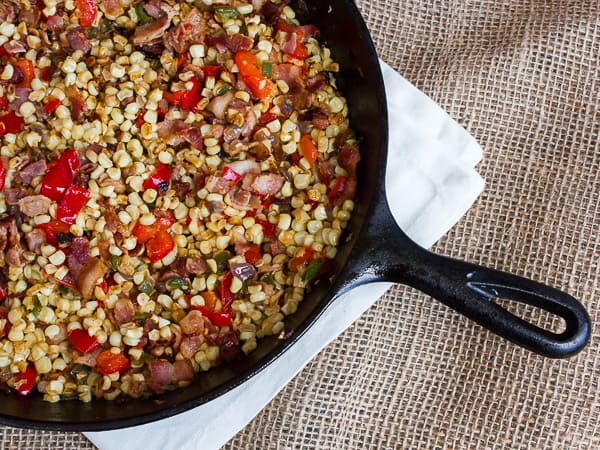