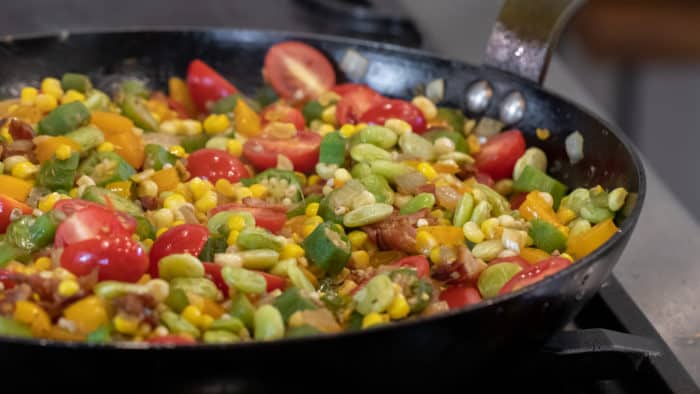 Succotash is a classic side dish from the American south. Made with corn, lima beans and other vegetables, this side dish is hearty and delicious. Popular

My version of succotash is filled with lots of different ingredients. It all starts with some crispy bacon. Everything is better with bacon! Along with the bacon, corn and lima beans, I also add onions, sweet bell pepper, okra and a jalapeno.

This side dish is so packed with stuff that it is basically a full meal.

For the longest time, I never knew of this tasty dish called succotash. For me the word was only memorable from the phrase ‘sufferin succotash‘, which was the classic line Sylvester the Cat used to say on Looney Tunes.

The next time I heard the word was in a popular song in the early 90s. Groove is in the Heart by Dee Lite had the line ‘My supper dish, my succotash wish‘. I still smile when I hear that song. So unique and it just screamed the 90s!

I am so glad that I got the chance to try succotash because it is exactly the kind of side dish that I like. 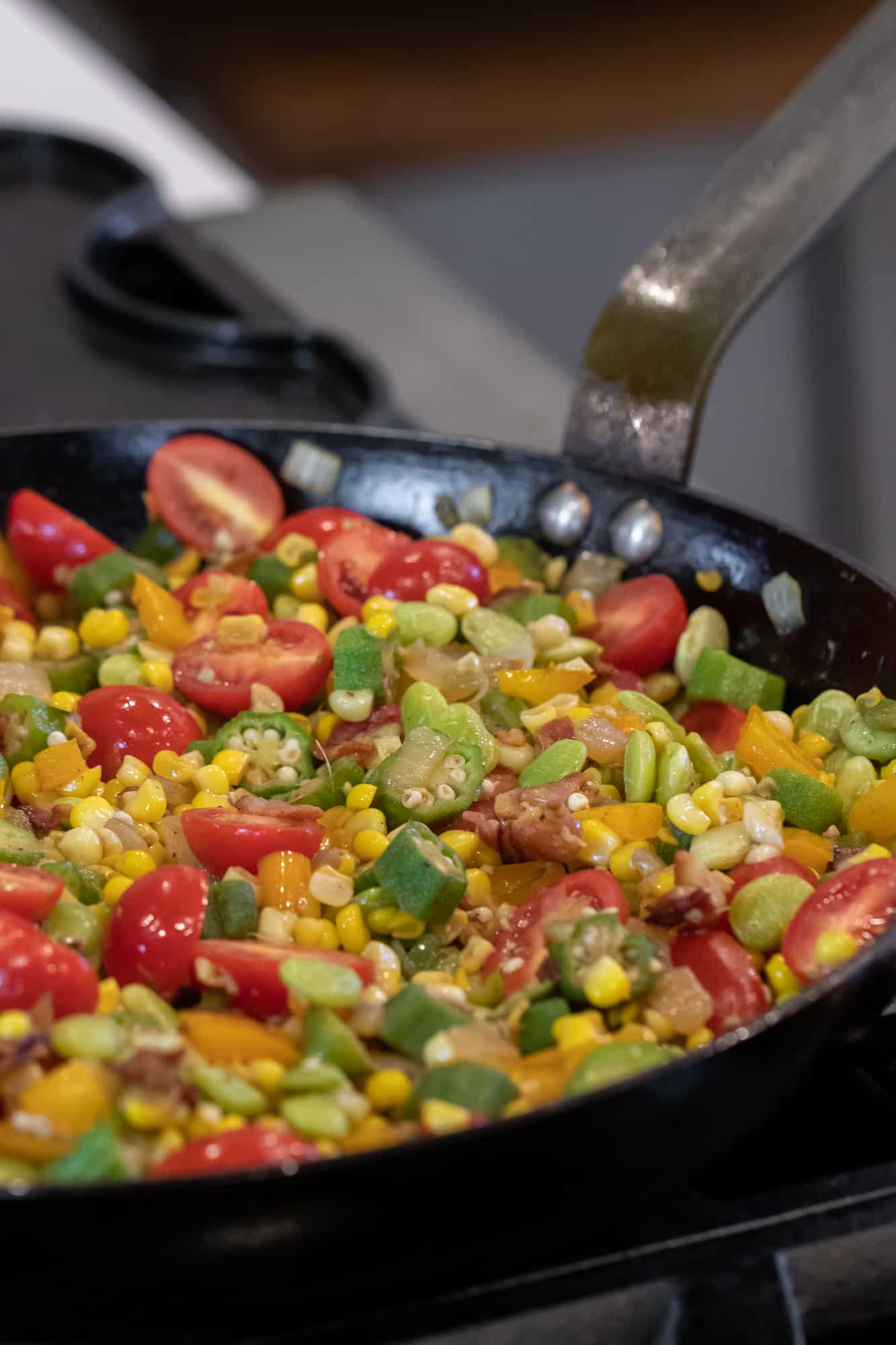 I love using my cast iron skillet and over the years have discovered that sautéing corn in a skillet is delicious.

Here are some of my other recipes with corn in a skillet: 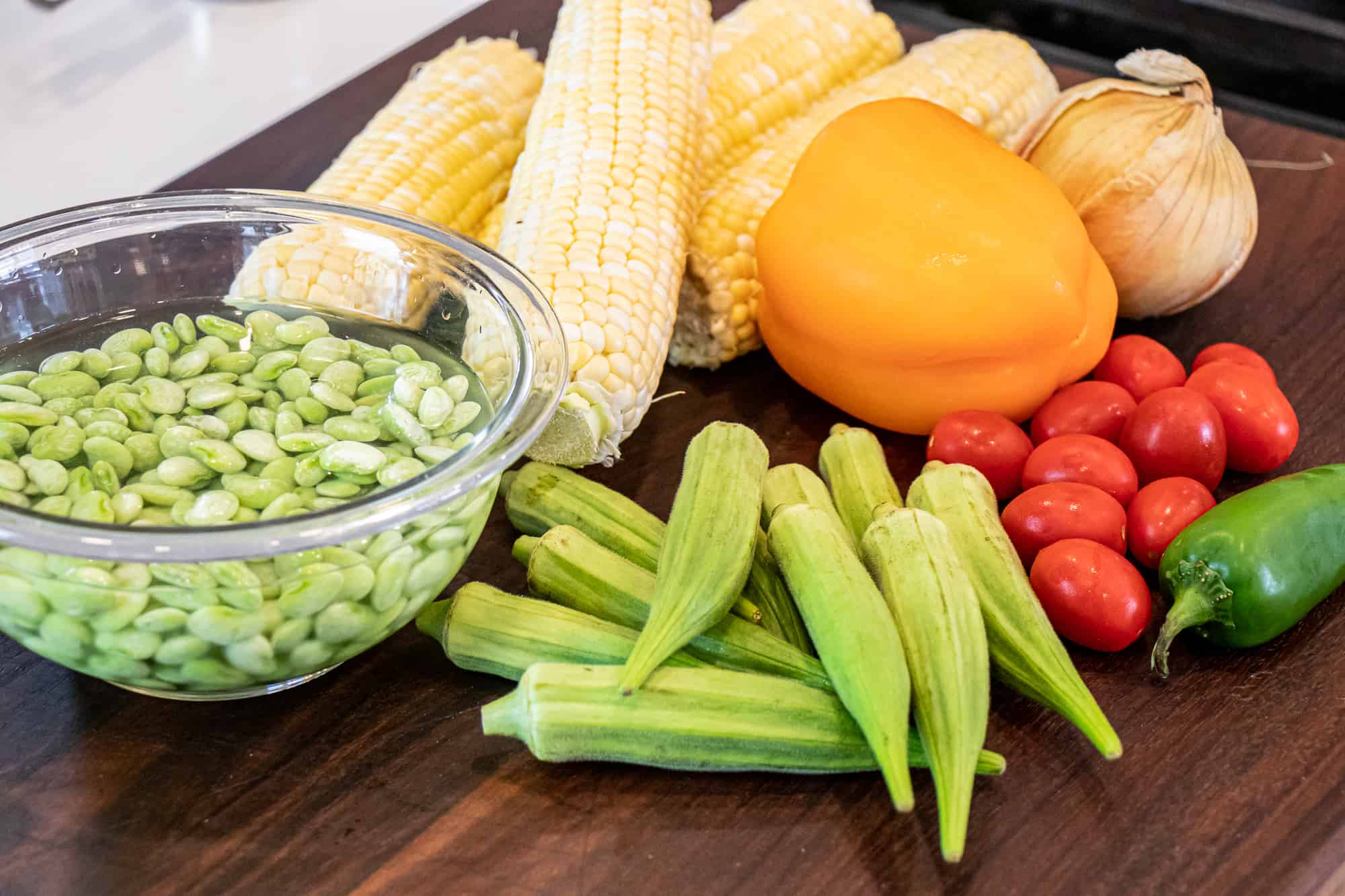 Just look at all these fresh and healthy ingredients. Classic succotash includes corn and lima beans, but over the years, there are many different variations including other vegetables. Personally, I like to add lots of stuff. The heartier it is, the better. 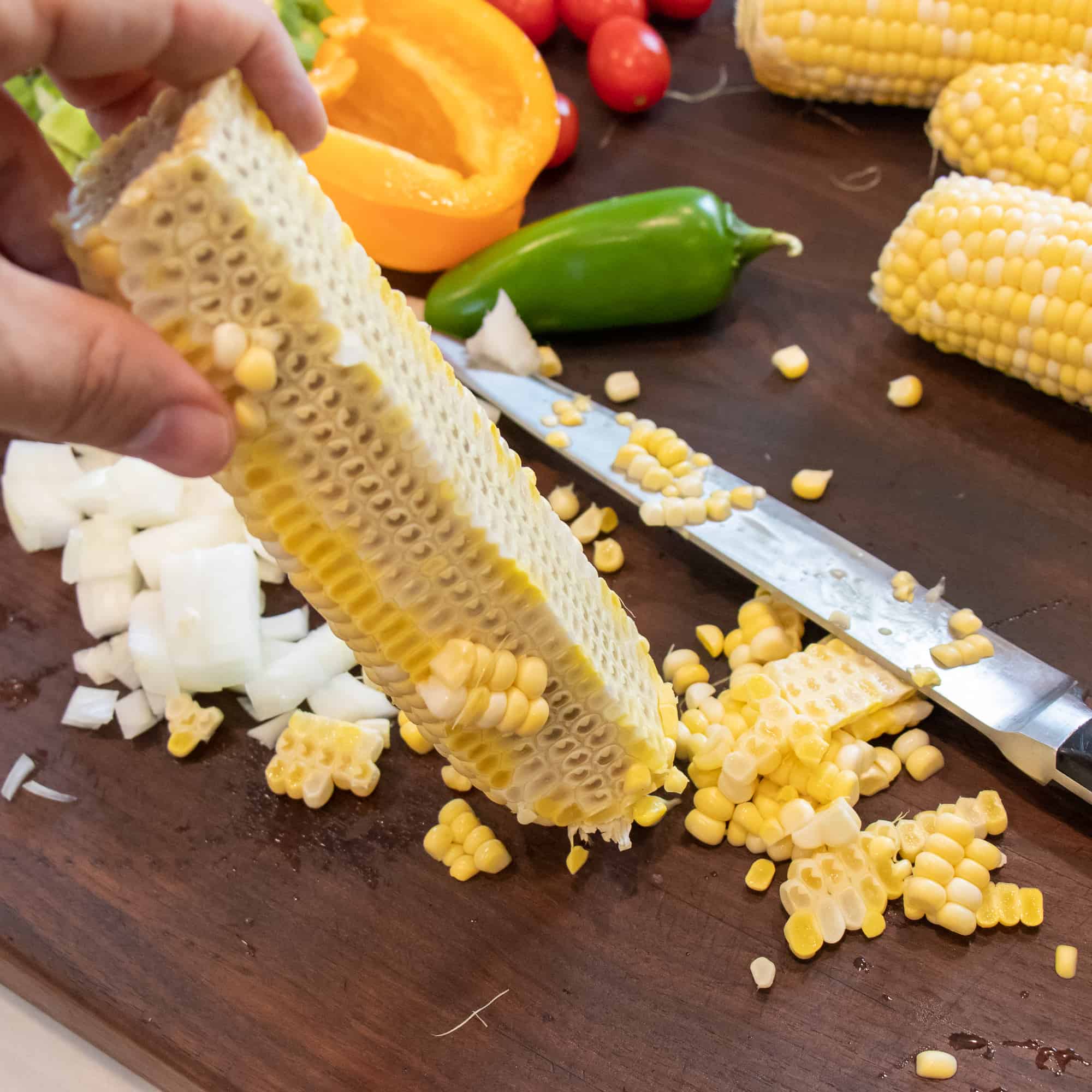 Cut the kernels off the cob by placing the base of the ear on a cutting board and start the knife at the top cutting the kernels off as you work your way down. It is not that hard and after a couple cobs, you will get the hang of it. 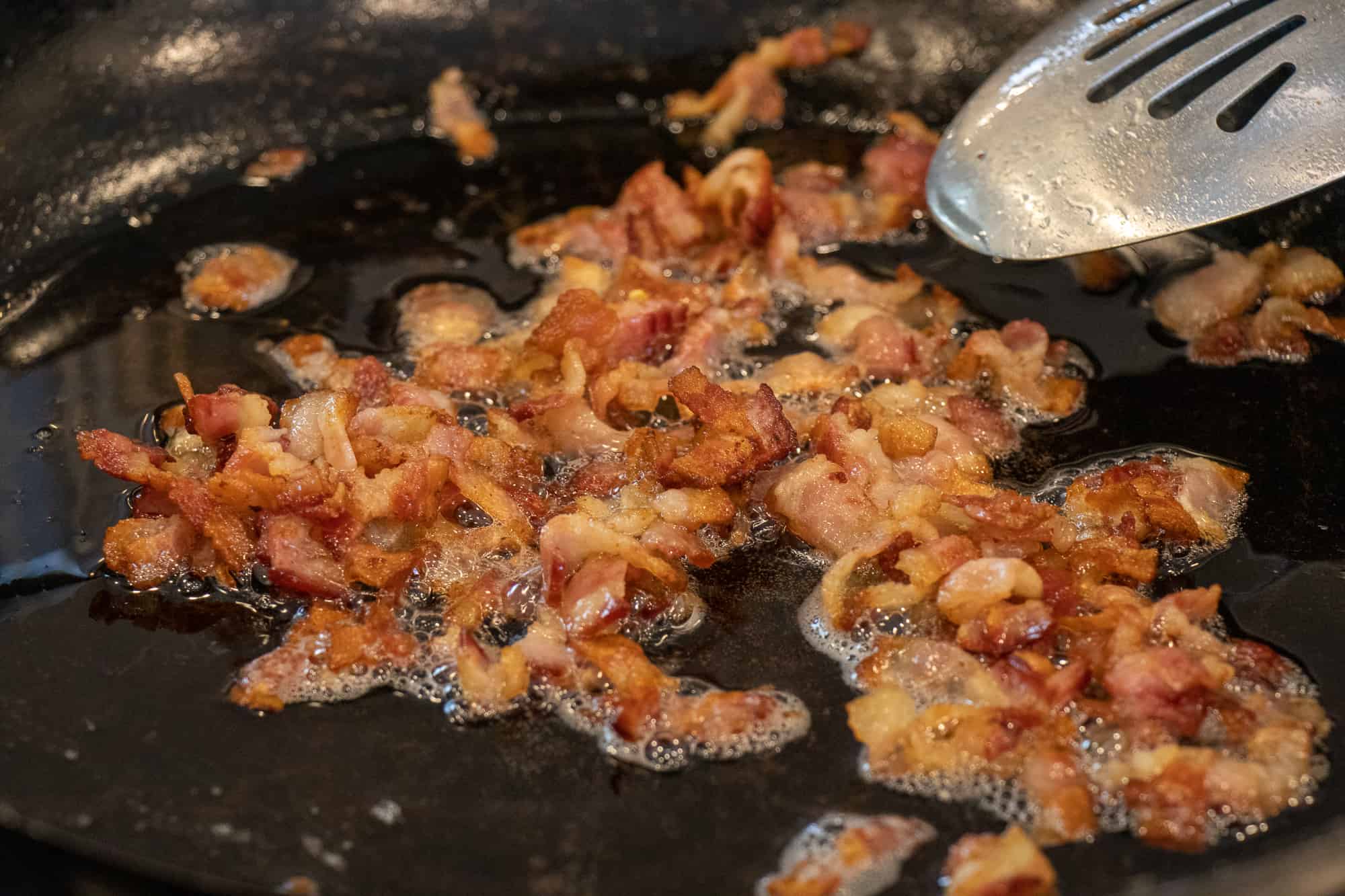 Crisp up the diced bacon in a skillet over medium heat. Once the bacon is nice and crispy, remove them with a slotted spoon. Spread out the bacon pieces on a plate lined with a paper towel.

There will be a lot of bacon grease in the skillet. Remove most of the grease from the skillet, leaving around 3 tablespoons. This little bit of grease will be used to sauté the vegetables, so there is no need to add any oil or butter. 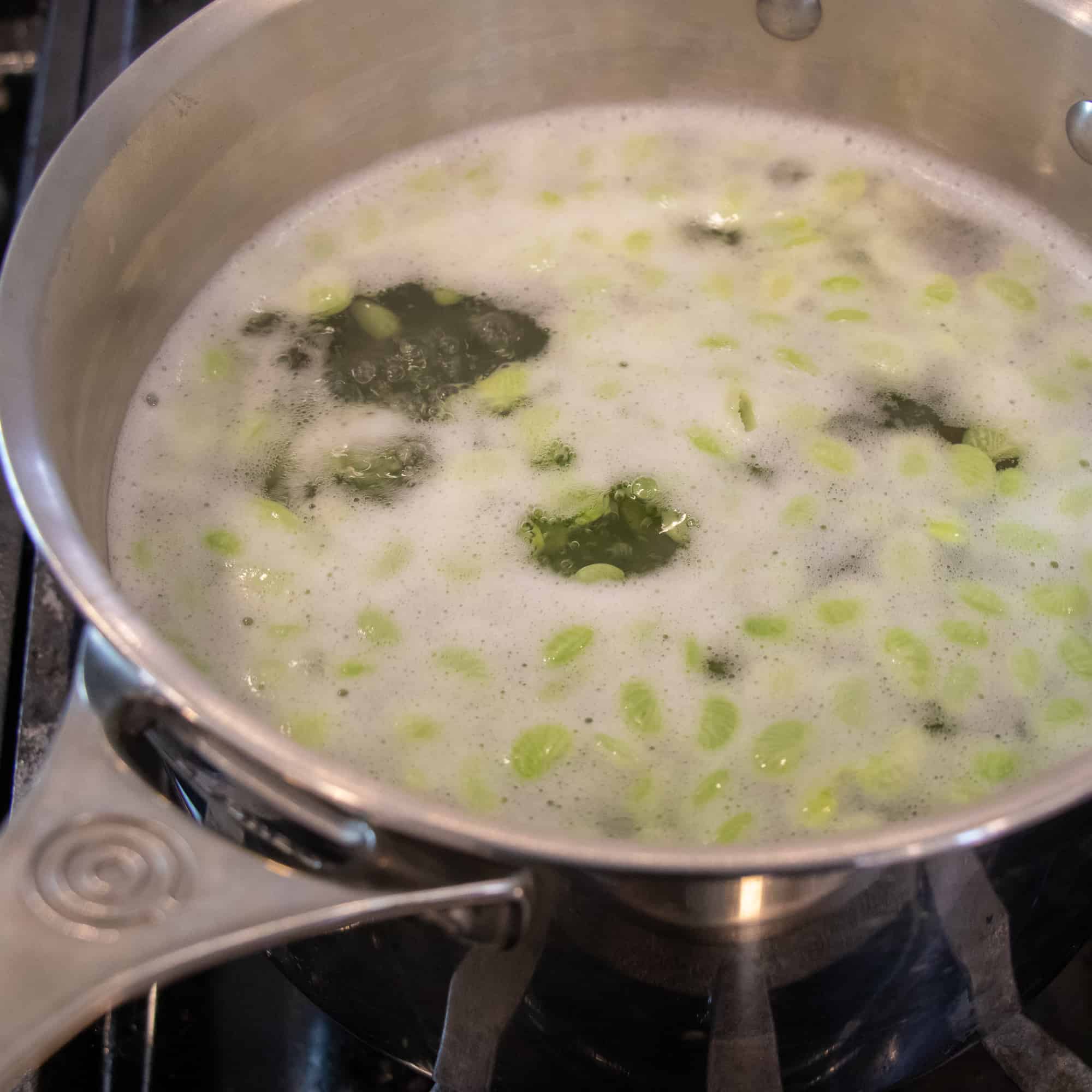 I have often heard people say they are not a big fan of lima beans because they find them hard. Frozen lima beans need to be cooked and simmered for a while so they can soften. Those bags of frozen mixed vegetables that have corn, peas, green beans, carrots and lima beans are often the culprit for peoples negative feelings. Lima beans need to be simmered longer than all the other veggies in the bag so the result is typically a hard bean.

I love lima beans and one of my favourite ways to cook them is this recipe: Lima Beans with Ham

For the succotash, it is important to boil the beans for a bit in a saucepan with some water. Follow the directions on the package and if there are no instructions, then letting them simmer in boiling water for about 7 to 8 minutes should be fine.

Once done, strain the lima beans and set aside for later. 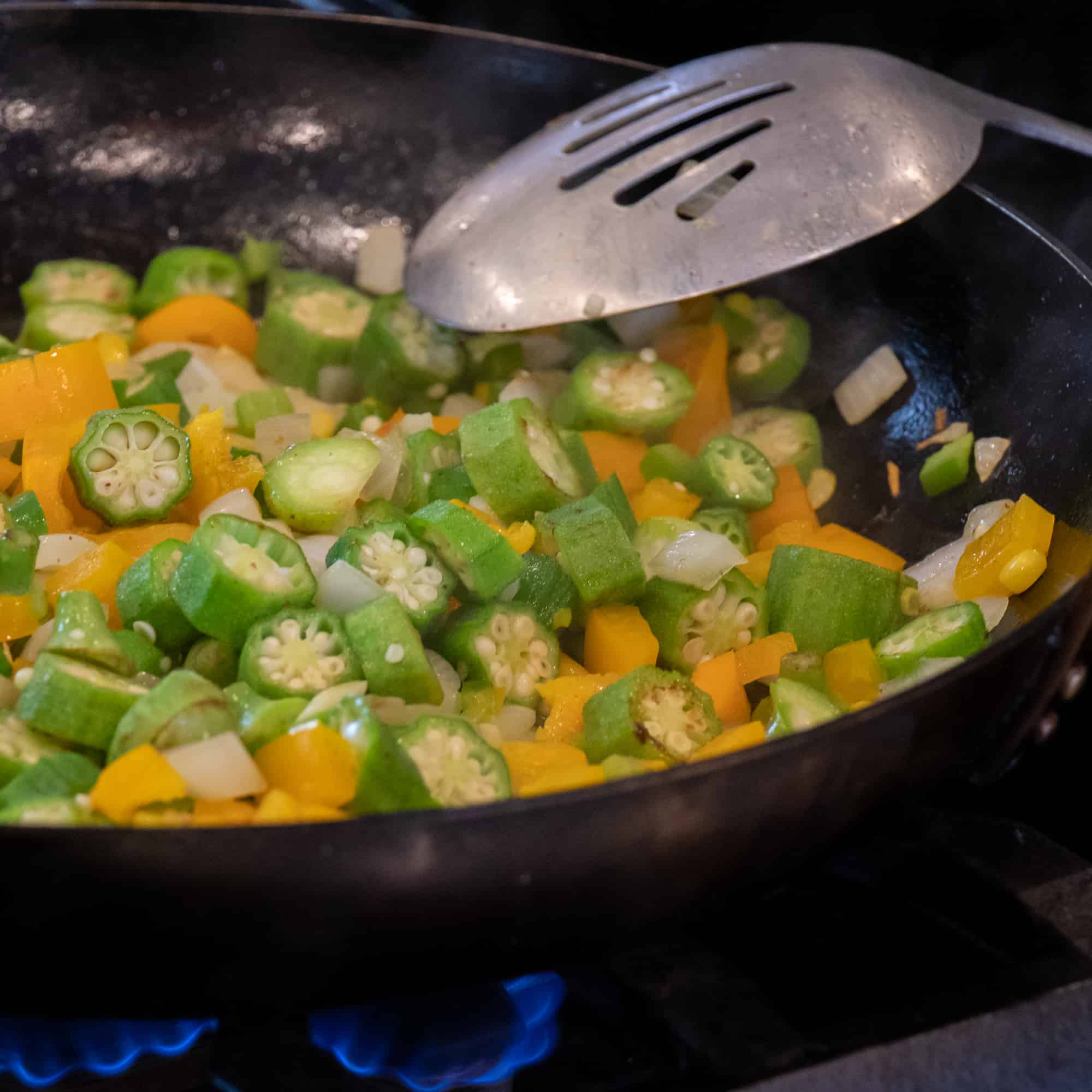 Add the diced onion, orange pepper, jalapeño and sliced okra to the skillet and sauté. Stir regularly so nothing sticks to the bottom of the skillet. As you stir you may notice that the okra seems slimy. This is totally normal and as you cook it, the slime will disappear. 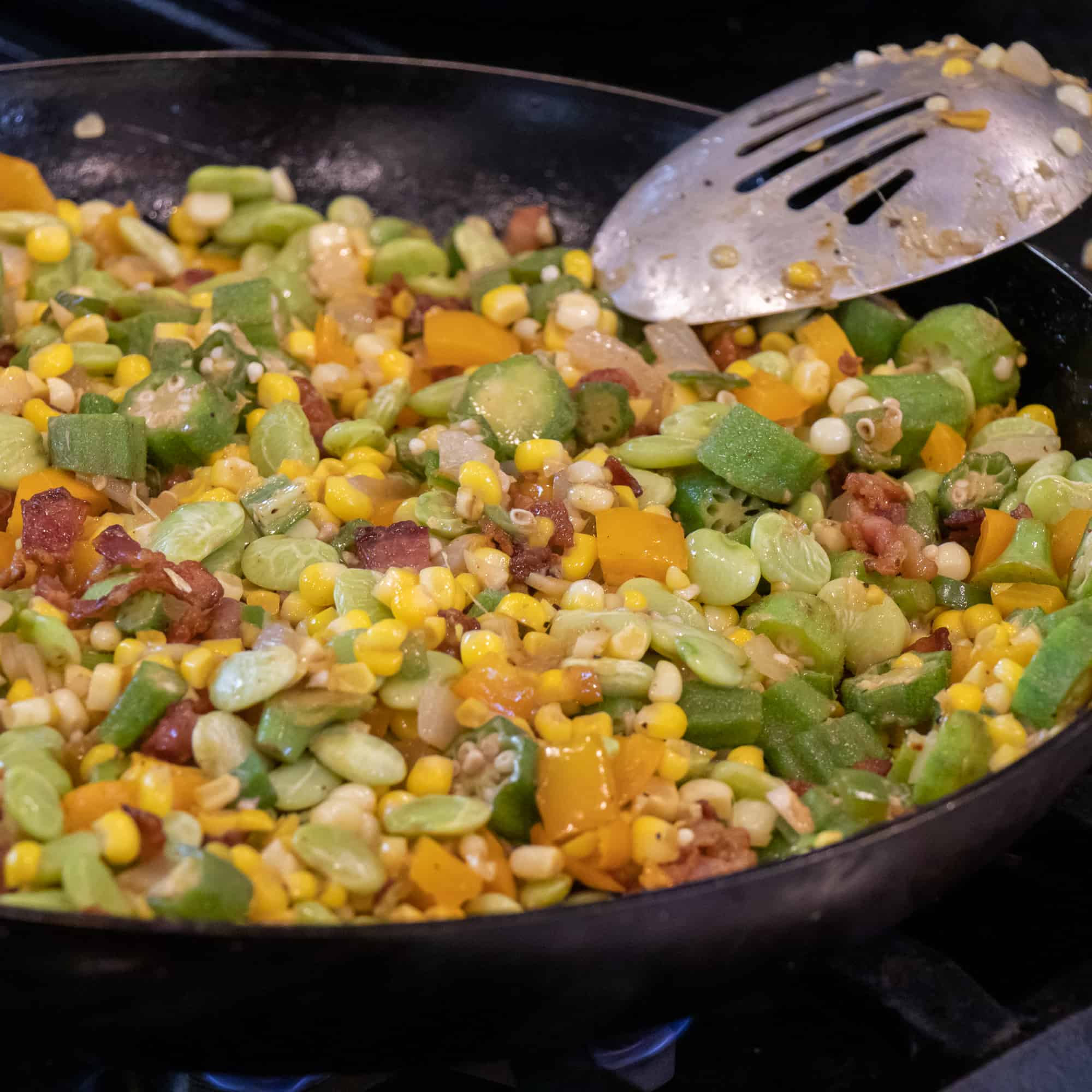 Mix in the corn, cooked lima beans, minced garlic, bacon and seasoning. Continue to cook until the corn is tender. 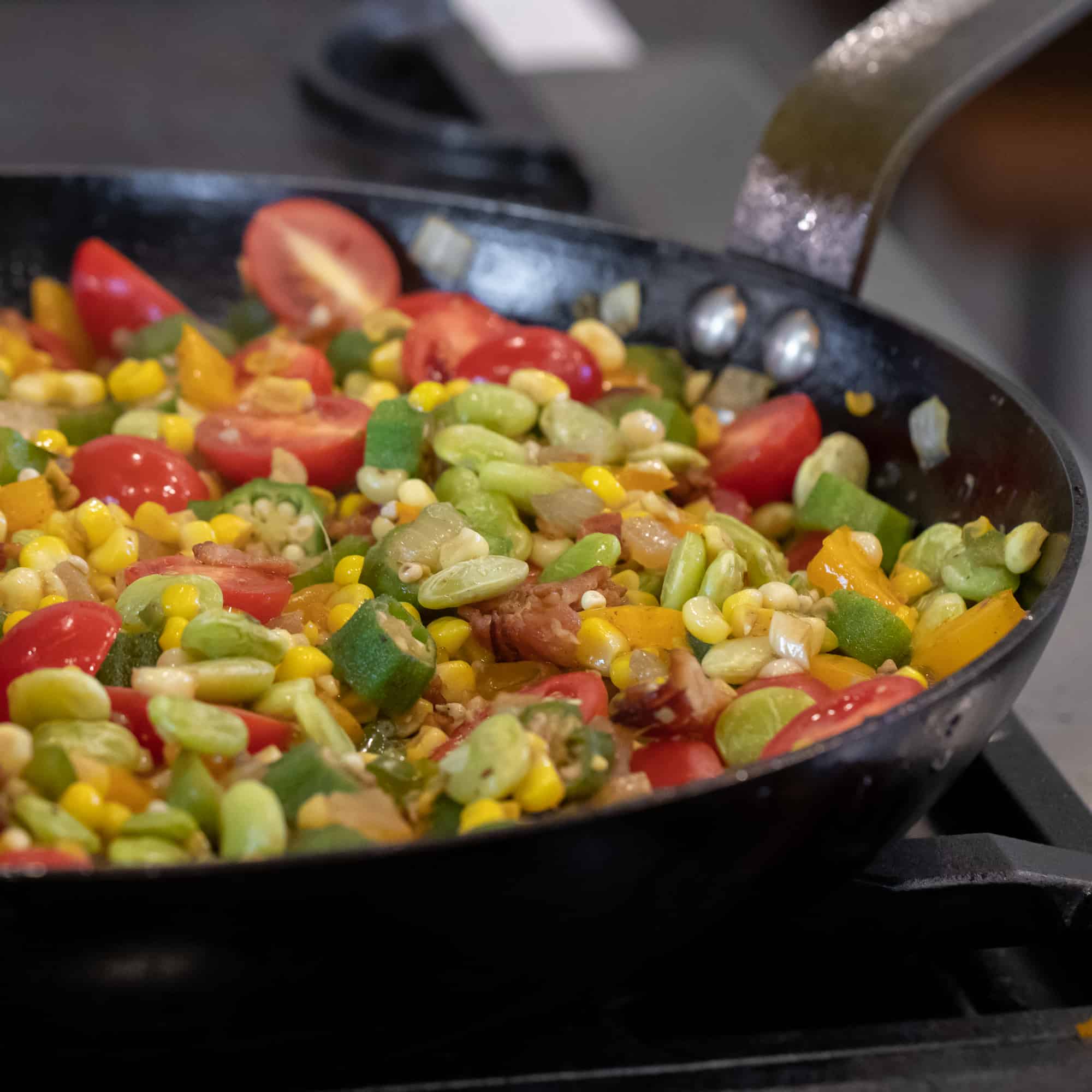 Once the corn is cooked through, stir in the halved grape tomatoes. Cook for only about a minute or two, just enough to warm the tomatoes. Remove from the heat and serve.

This is the perfect side dish for so many meals and it is truly some good old comfort food!

Succotash with Bacon, Okra and Tomatoes 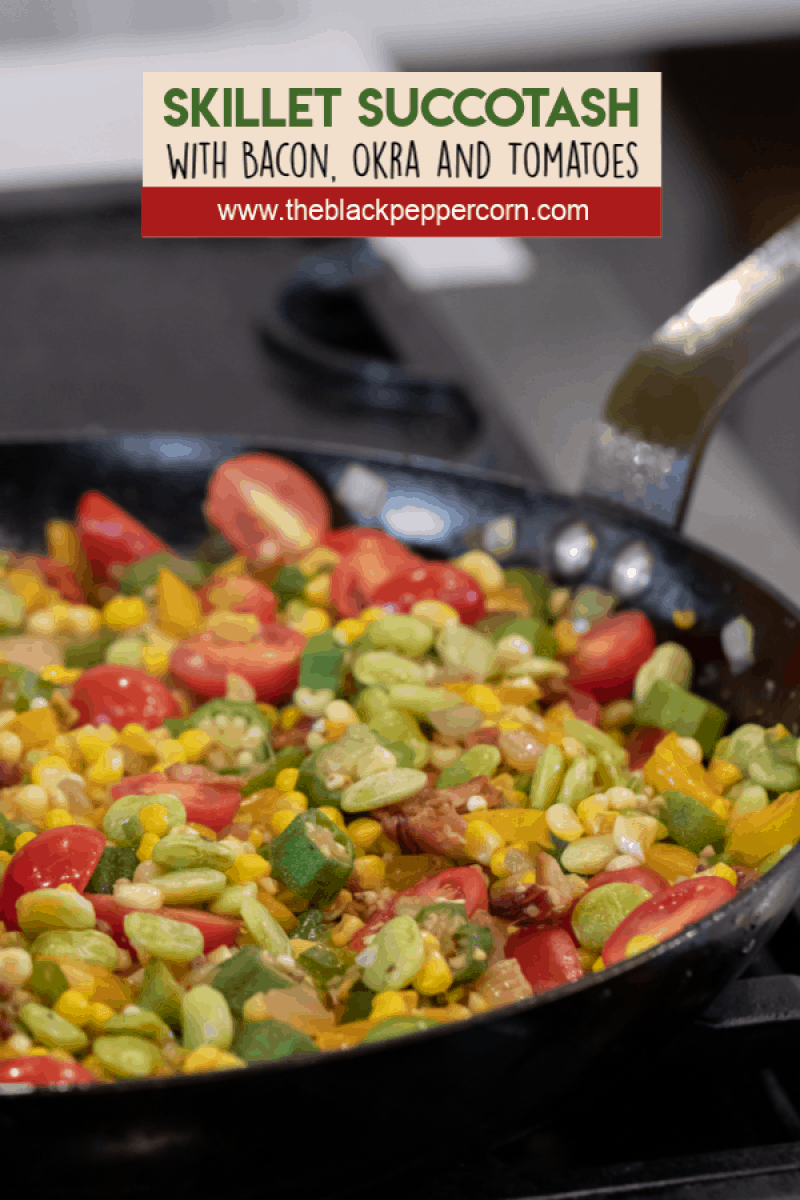