Weeknight meals just got easier with this simple recipe. These drumsticks taste like they just came off the BBQ grill! 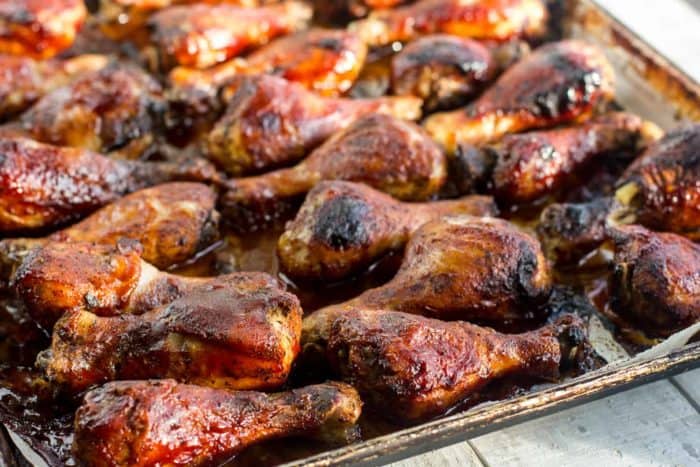 How to bake chicken drumsticks in the oven, so that they taste just like they were made on the grill, could not be simpler. Once the weather gets cold and I stop firing up grill, I find that I use the oven so much more frequently.

One of my favourite things to grill is chicken drumsticks and I even have a recipe post with instructions for the perfect grilled drumsticks: How to Grill Chicken Drumsticks on a Gas Grill

I also love to smoke chicken drumsticks and have a recipe for that here: Smoked Chicken Drumsticks

But, during the cold winter months, is it possible to get the taste of grilled drumsticks but made in the oven? YES! The following recipe could not be easier and chicken comes out of the oven and you would think that they came right off the grill. 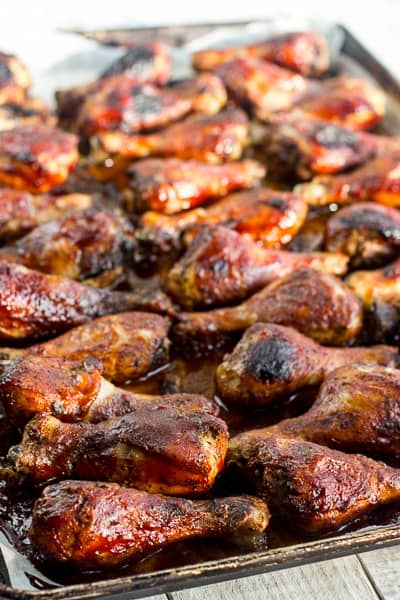 I use a big baking sheet and fill it right up with drumsticks – pack them in side by side. I just make sure that they are not touching each other and on this baking sheet I am able to bake 30 drumsticks. The recipe below uses 15 drumsticks, so I doubled it to get 30, which feeds my hungry clan and gives us a few leftovers. 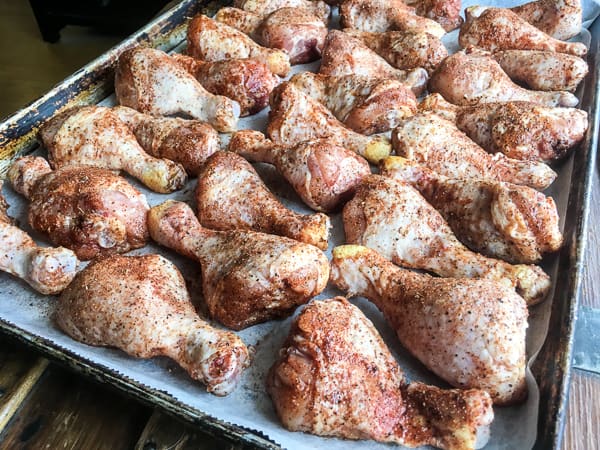 Preheat the oven to 400F. If you have a convection oven, you can set it to convection bake at 400F (which for my oven then automatically drops to 375F). The convection helps to circulate the heat and gets the skin nice and crispy.

Toss the chicken drumsticks in the rub. For the seasoning rub, I use this recipe – Steve’s Basic BBQ Rub

This rub is what I use when I grill or smoke chicken drumsticks. So, using this for my oven baked drumsticks, helps to recreate that same flavour as if they were grilled. 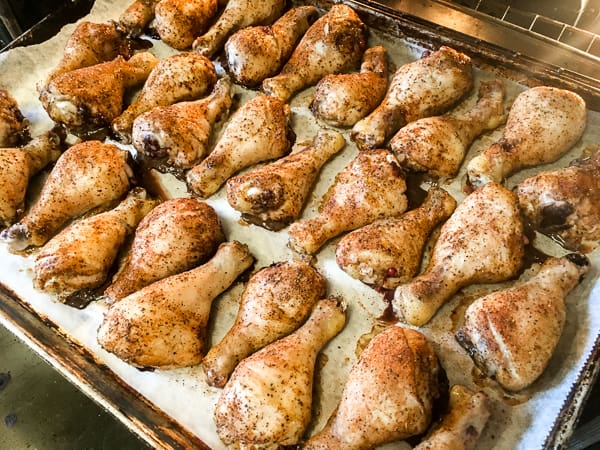 Put them in the oven and bake for 30 minutes. 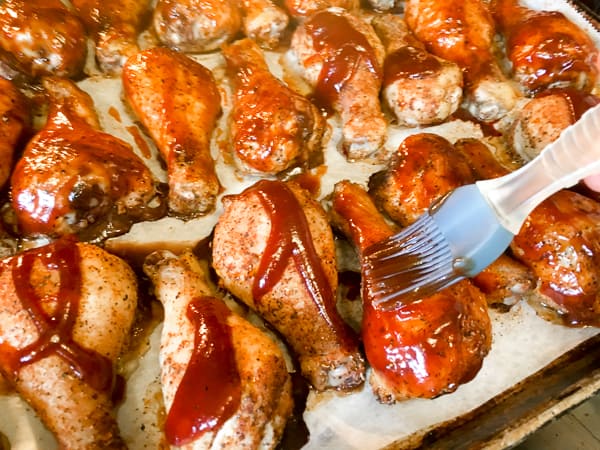 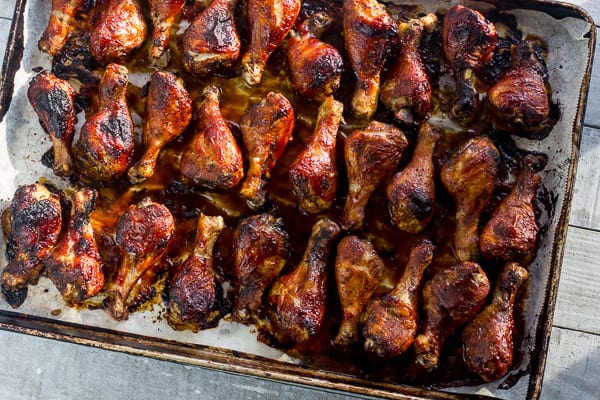 After 1 hour of total time in the oven, your chicken drumsticks should be fall off the bone delicious with a skin that is sweet and sticky from the BBQ sauce. If you have a digital thermometer, you can check the internal temperature of the meat. I aim for somewhere around 180F which is a great temp for drumsticks.

If you want the skin to be a little crispier, you can set the oven to broil and have the drumsticks under the broiler for about 3 minutes. Watch them though, because it does not take long for the skin to get nice and crispy. If they are in there too long, the skin can start to burn. 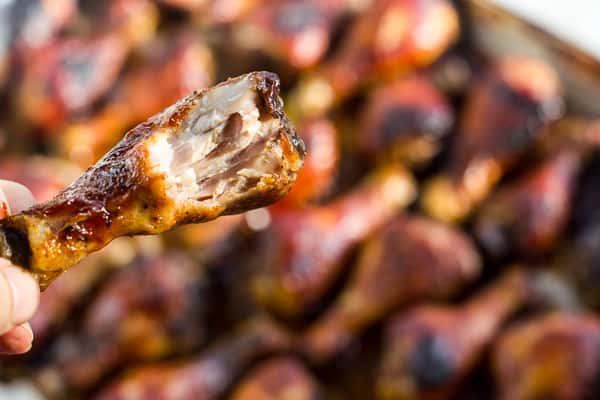 These chicken drumsticks are SO GOOD! The meat just falls right off the bone. Everyone who tried them said they tasted just like they were cooked on the grill. In fact, they were surprised that I was able to get this flavour by simply baking them. By the way – if you try these, you will understand why I doubled the recipe when I cooked them. They disappear so quickly. 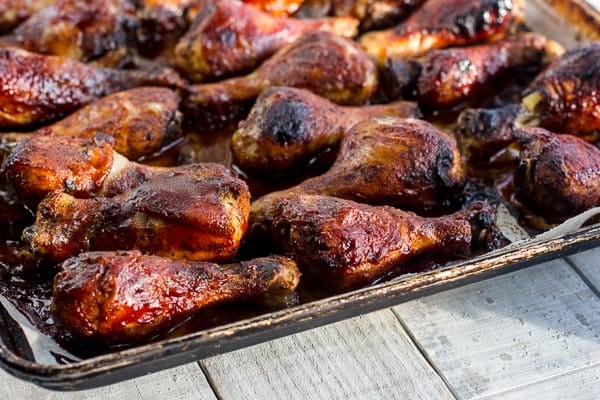 If you want to bake whole chicken leg quarters that have both the thigh and drumstick, then check out this recipe for The Best Baked Chicken Leg Quarters.