I am not sure where I was when I first tried tagine, but I do know that I loved it. This Moroccan dish is not as popular in North America as it is in Europe. But it seems like it is starting to catch on here as there are more and more recipes of it online and demos of how to prepare tagine on television. Also, I have noticed the dish more frequently on restaurant menus. This is a good thing because tagine is a wonderful dish and not all that difficult to make.

Tagine, is a staple of North African cuisine, and like Indian curry, there are a number of different variations. There are likely as many versions of this dish as there are people preparing it! Tagine can be made with pretty well any type of meat, like chicken, pork or fish. Usually tagine has a different mix of vegetables and even fruits like raisins or apricots. The spice blend, called ras el hanout, has some similarities to Indian curries, but is usually not as hot and also has more of some sweeter spices like cinnamon, cloves, and others.

The crock pot is a great way to make tagine as it requires low and slow cooking. I seared the meat and veggies on a skillet first before adding them to the slow cooker. This browning, added a depth of flavor to the finished dish. Typically, tagine is served with couscous. Here is the recipe for Couscous with Cranberries and Almonds. The cranberries provide a wonderful fruity sweetness and the almonds give a nutty crunch that compliments the tagine very well. 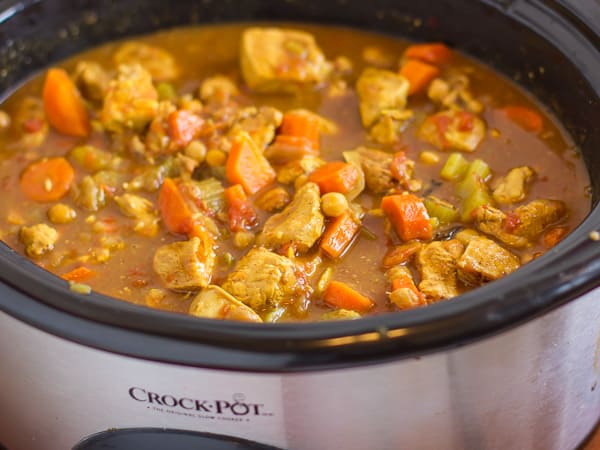 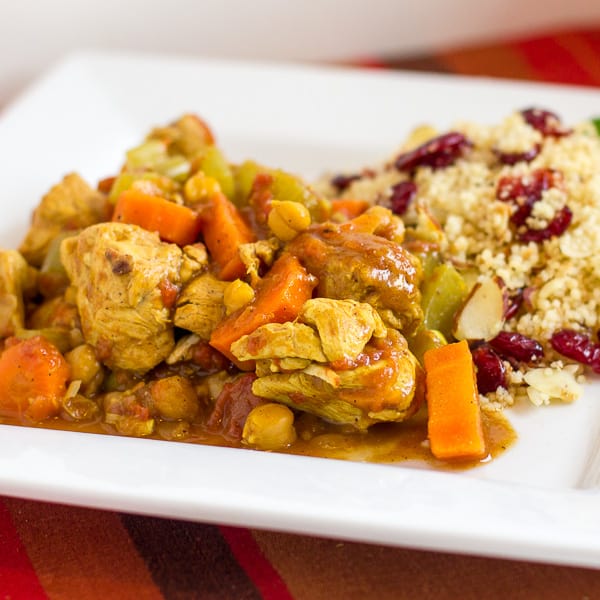