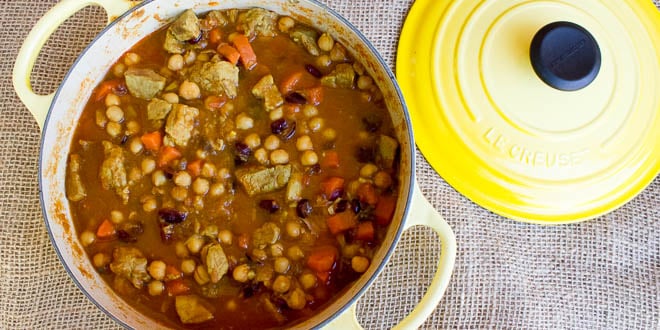 I have come to love Moroccan cuisine. Tagine is the most common dish and it is slow cooked meat with lots of spices. Typically, not near as spicy as an Indian curry tagine has a blend of sweeter and earthier spices. This is often served with lamb, goat, chicken or beef, and is also commonly served on top of couscous. Here are two of my couscous recipes that are perfect for this tagine dish.

Couscous with Apricots and Pistachios

Couscous with Cranberries and Almonds

This tagine stew recipe is made with pork which is not commonly served in Moroccan dishes due to religious reasons, but the flavours coming from the spices of Moroccan cooking work very well with pork. This recipe can easily be substituted with many different types of meat. 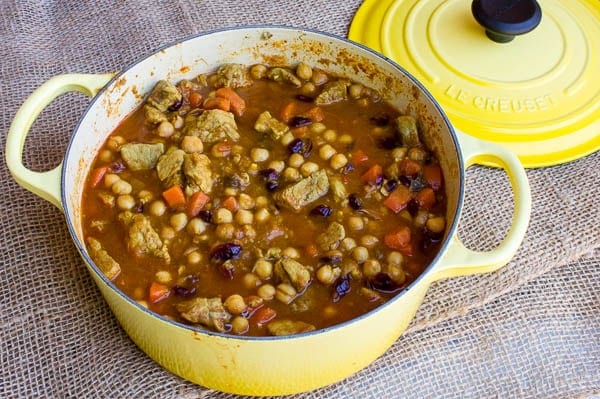 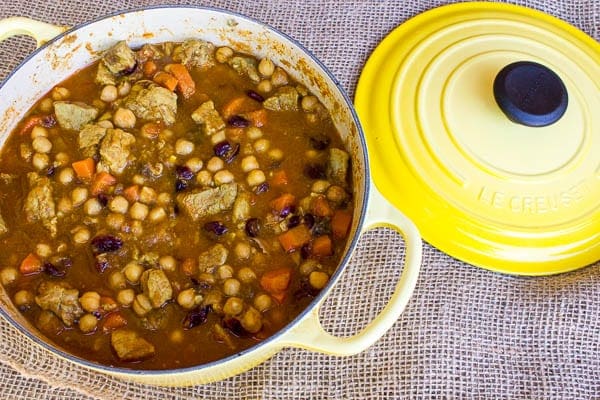