Thai cuisine has become incredibly popular of late and it isn’t hard to find jars of Thai paste and sauces to make cooking Thai food easy. If one wanted to make Thai food from scratch it can be a bit more difficult to find the necessary ingredients. There are some ingredients in Thai cuisine that can be found in most any grocery store and others that are only available at Asian grocery stores or specialty shops.

Lemongrass is such an intriguing plant. It has no relation to lemons but has a strikingly similar scent and flavour. Lemongrass is a common ingredient in Thai cooking and it provides a zesty lemon flavour to whatever dish it is added to. Usually it is placed in a broth or sauce and the longer it steeps the stronger the flavour. Lemongrass stays hard throughout the cooking, therefore they are not to be eaten.

Tip:  Although not the same, lemon juice could be substituted if lemongrass cannot be found. When purchasing lemongrass look for stalks that are firm and the base is yellow or light brown in colour and the top of the grass is green. 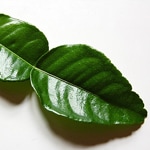 Kaffir leaves are a staple ingredient in Thai cooking. Although they are called kaffir lime leaves they are not the leaf from a lime plant. The leaf has a deep green colour, has a firm texture and a shiny, waxy coating. Throw a few kaffir lime leaves into any dish and you will get a wonderful aromatic flavour. They are of particular popularity in making Thai curries, especially green curry.

Tip: When purchasing, look for leaves that are firm, shiny and look like they were just freshly picked. They can be stored in the fridge or the freezer. When added to a dish they can be put in whole or thinly sliced. Due to their thickness and toughness they are not to be eaten. 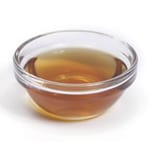 Fish sauce is another ingredient that  is used throughout Thai cuisine. This reddish brown sauce is translucent and has a notably strong flavour and saltiness. Use carefully as fish sauce can overpower a dish and dominate the flavour. Fish sauce is made up of fish (most likely anchovies), water and salt. Usually fish sauce has been fermented and like soy sauce or balsamic vinegar there are various qualities and costs for it.

Tip: For the first time using fish sauce it may be wise to use it a little more sparingly than the recipe calls for. The North American palate is often not as comfortable with an extremely fishy flavour in the food. At the same time, fish sauce is part of what truly makes Thai food what it is so don’t remove it entirely! 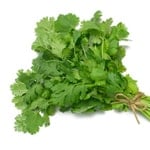 Cilantro is the North American word that many other places call coriander. This leafy herb provides a fresh and bright flavour to any dish. Often chopped finely and added at the end of cooking or just as the food is placed on the plate, cilantro is used extensively in Thai cooking. Where some of these ingredients are exclusive to Thai cooking cilantro is popular in Mexican and Indian cooking as well. In North America the word cilantro refers to the fresh leafy herb and the word coriander refers to the dry whole or ground seed. Often a Thai recipe may call for coriander and it would almost always mean the fresh herb.

Tip: The plant is grown in extremely sandy conditions so it is important to wash cilantro thoroughly under water to rinse all the sand away. Although time consuming, it is best to pick the leaves off the stalk before chopping as there are a lot of stalks in the herb and they do not have as nice a flavour or texture as the leaves themselves.

Tip: Finding Thai basil may be quite difficult if an Asian store is not close by. If it is found, buy a lot of it. and freeze it. The best method to freezing Thai basil is to pulse it in a food processor until it is ‘paste-like’. Then put them in ice cube trays and freeze them. Once frozen, transfer the Thai basil cubes to freezer bags. 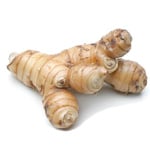 At first glance galangal is often confused with ginger and although they do come from the same rhizome family they do not taste similar at all. Galangal root smells and tastes citrusy with a hint of pine. Galangal is used in ways very similar to ginger, often sliced fresh and placed in the food while it is cooking to draw the flavours out of the root. In Thai cooking, galangal is used extensively in their soups.

Tip: Finding fresh galangal can be extremely hard so substituting dry galangal powder may be the only option. Use 1 teaspoon for each inch of galangal root.

These little peppers are only an inch long but do not be deceived by their small size; they pack an extreme amount of heat. Where most Thai ingredients have one variety Thai chilies have anywhere from 50-100 different variations that come from the root plant. The Thai chili is found extensively in North American grocery stores and should not be difficult to obtain. Thai chilies can be found dried or fresh, ground or whole. They are used to spice up any dish from curries to noodle dishes to soups.

Tip: If Thai chilies cannot be found use any other hot pepper such as: jalapeno, serrano, habanero, etc. 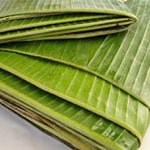 Banana leaves are used in Thai food as a wrap while cooking to give the dish a subtle flavour. Most commonly used when steaming, the food is wrapped in the banana leaf and placed in the steamer. They are also used in barbecuing or baking.

Tip: The best way to store banana leaves is to wrap them up and store them in the freezer. That way, they are available whenever needed. 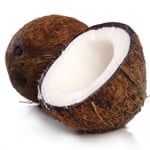 Coconut is one of the most common ingredients in Thai cooking. Used in all its forms (shredded, milk, water), coconuts are used in both sweet and savoury Thai dishes. Coconut milk is the common way it is found in Thai cuisine, most notably as a sauce/gravy in curries and even some soups like Tom Kha Gai. For Thai curries, the coconut milk is usually cooked at a fairly high heat so that it breaks down and the oil separates.

Tip: Coconut milk separates if the can sits on the shelf for a prolonged period of time. That is not a problem as it still mixes together fine as it is cooking. But if the whole can is not being used it may be necessary to mix the coconut milk together so that there is an even consistency with the portion used. 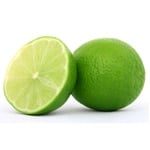 Limes popularity go well beyond Thai cuisine. This citrus fruit is also used extensively in Mexican, Tex-Mex, Indian and Vietnamese food. Limes are often used to accent the flavour of the food or drink either through the acidity of the juice of the floral aroma of lime zest.

Tip: Picking a juicy lime can be difficult. There was many a time that I brought limes home and they were completely dry. Also, I find that limes that seem to have a thicker skin do not have as much juice in them. I have found that the best way to pick a lime is to look for ones that are plump, that give a little when pressed with your finger and seem heavy. 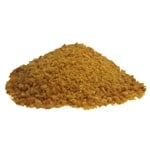 Palm sugar is made from the sap of various trees such as the coconut tree. This sugar resembes brown sugar in flavour but has an even stronger caramel taste. It is gaining popularity within the global health community as one of the best natural sweetners on the market.

Tip: Palm sugar can be difficult to find and substituting it with brown or even white sugar will likely not affect the taste much at all.

Where ginger is used in Western cuisine for sweet food and drinks such as ginger snap cookies, and ginger ale soda pop; in other parts of the world ginger is a staple ingredient in savoury dishes. The use of ginger goes way beyond Thai cooking as it is used extensively in Indian, Chinese, Pakistani, Malaysian, and many other regions.

Tip: Although substituting fresh ginger with dry ground ginger is acceptable i does not provide anywhere near the same fresh zing that comes from the fresh. When using fresh ginger, it is best to peel it if the skin is thick and hard. Slice the ginger into matchstick pieces and heat in oil to draw out the flavour. 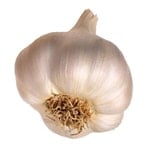 Outside of salt and pepper, garlic is quite likely the most used flavour enhancer in the world. As part of the onion family, garlic has an extremely strong flavour, especially if eaten raw and becomes extremely sweet and caramelized if roasted or fried at a medium low heat. Garlic is regularly a part of most Thai dishes.

Tip: The best way to store garlic is not by keeping them in the fridge. Instead, like onions, keep garlic in a cool, dark and dry place and it will stay fresh for a long time.