This hearty and creamy chowder is packed with potatoes and corn in a creamy soup broth. Top it with crumbled bacon, cheddar cheese and green onions for the ultimate in soup! 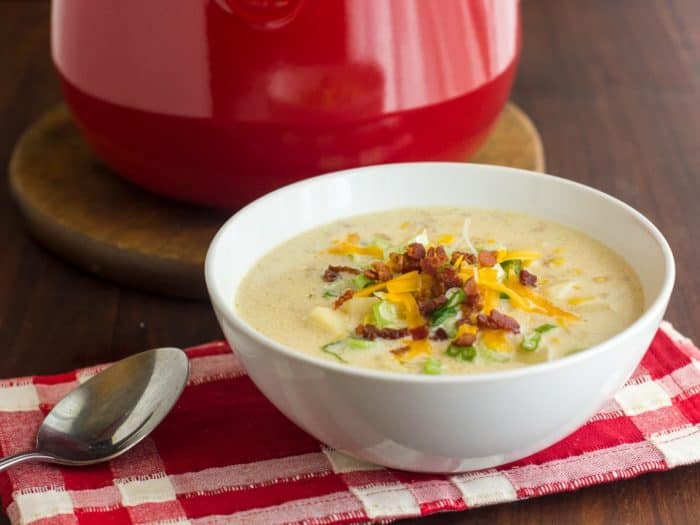 Potato and corn chowder is one of those soups that I forget how much I love. It is creamy, hearty and goes so well with many different dinner dishes.

This type of chowder has a country earthiness to it, while at the same time a bowl of it would fit on the menu at a fancy restaurant.

I have a serious weakness for cream soups. Cream of broccoli or cream of mushroom are huge favourites for me, but it is the creamy chowders that are at the top. Whether the chowders have, clams, lobsters, potatoes or corn, I just love how the creaminess of the broth is counterbalanced by all the chunky goodness.

If you are interested in any other cream soup recipes, check out these! 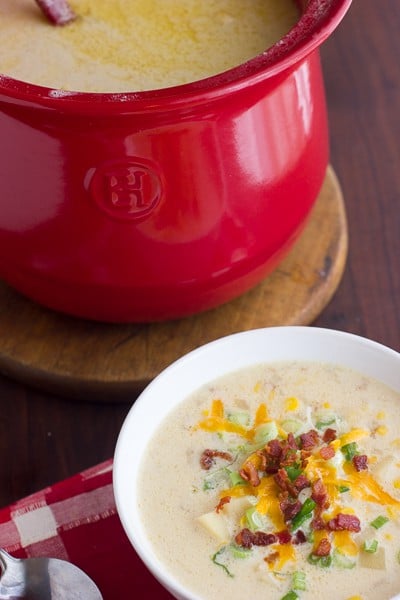 How to make this chowder

To make this chowder, I was so excited to try out the new Stockpot by Emile Henry! This French company has been making ceramic cookware since 1850. Their products do look incredible, but I love their versatility. They can go from the stovetop, to the oven, to the table. They can even go from the freezer right into the oven! I was pumped to make some soup in this stockpot.

I start this soup by frying up some bacon. The bacon does not go right in the chowder – but I do save it for later! The one purpose of frying the bacon is to get the bacon grease at the bottom of the stockpot.

The bacon grease is used to fry up the vegetables and this does a great job of building the foundation of flavours.

Once the veggies were tender, I added the cream, chicken broth and spices. Then the chowder simmered for a good 45 minutes in the pot. 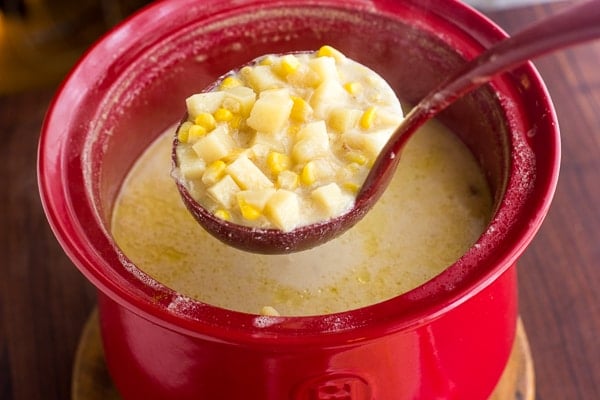 Some variations for this chowder

This truly is one of the more simple soups to make. Plus you could even use this as a base and make some variations.

Throw in some cubed ham, lobster, clams, crawfish, oysters and more. While I love this soup just like this, there are lots of different ways to take a spin on this chowder.

I love the lip on the top of this stockpot. It prevents the soup from spilling over the sides and keeps everything in the pot.

It is also so nice and tall! While it takes a small footprint on the stove, its height allows the pot to hold lots of soup. The stockpot holds 3.6L which is quite a bit of soup! 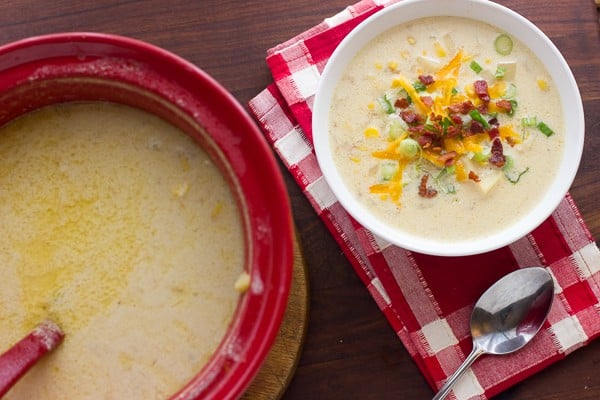 My favourite aspect of this pot though, is that it just looks gorgeous! There are not many of my stockpots that I would place in the centre of my dinner table, but I definitely will for this pot. Also the fact that this is a ceramic pot, it will hold the heat very well.

Scooping a large ladleful of the chowder into a bowl allows you to both see all its goodness and smell the wonderful aroma.

This chowder has a very smooth flavour and a creamy texture. As an appetizer, I served this alongside some garlic bread and wow, did they go well together. 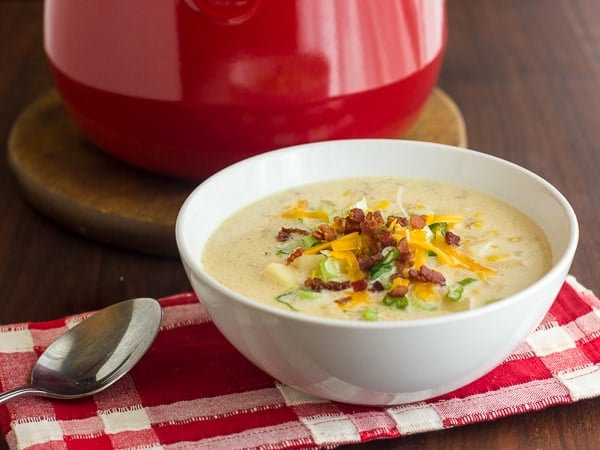 I serve this soup right at the dinner table. Right next to the stockpot of the chowder, I have three bowls of garnish. They are grated cheddar, sliced green onions and crumbled bacon – remember the bacon grease that started the soup? Yup, the bacon has a purpose!

Topping the chowder with these garnishes adds so much to the visual plating as well as the finished taste. Each of these garnishes enhances the overall flavour of this chowder. 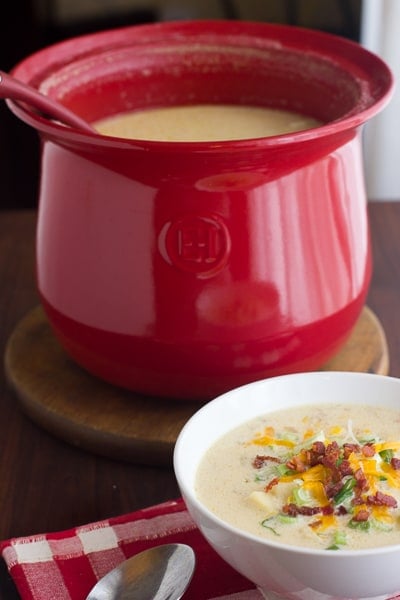 Disclaimer: Emile Henry provided me with the soup pot. All the views expressed above are my honest reactions after using the product. This post contains affiliate links.