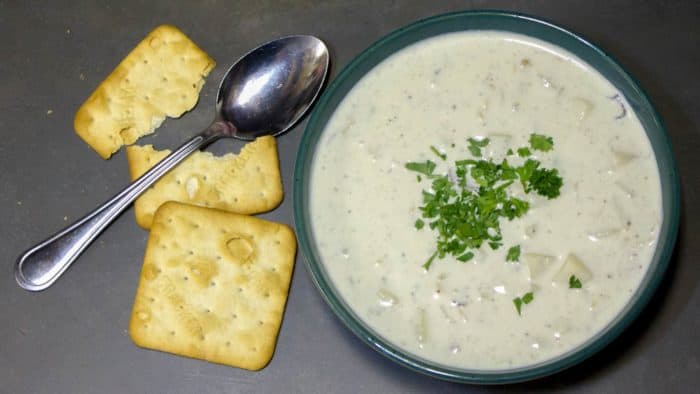 It is just a couple days away from Super Bowl XLVI (46 for those of us not used to Roman numerals!) I am stoked and cannot wait to watch it. I love that it is a rematch from the 2008 Super Bowl. I watched that game this past week to remind myself how the game played out.

I obviously remembered that the Giants won and spoiled the Patriots perfect season, but I forgot who scored when and how it all went down. It was fun to re-watch it and I am so ready for Sunday!

Yesterday we started the Super Bowl Chowder Battle. Both New England and New York have their own versions of clam chowder, each claiming to be superior.

These are drastically different tasting soups and first we looked at the New York version, called Manhattan Clam Chowder. It is a tomato based broth and even though it is not as popular as the New England variety, I must tell you, it does taste awesome. It is a hearty soup, reminiscent of tomato vegetable soup, but the flavour of the clams kicks it up. Check out the post yesterday to see the recipe. 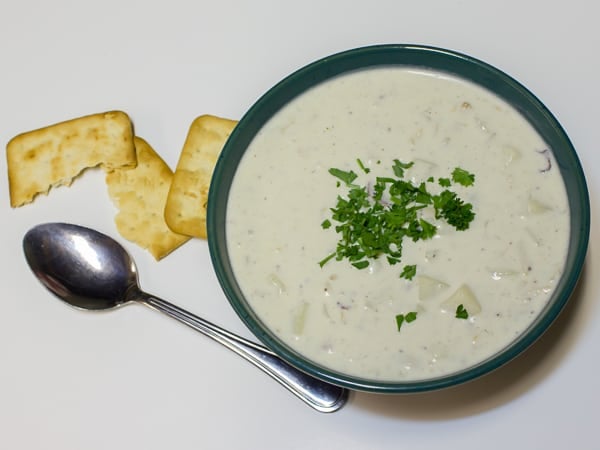 Some recipes on the net use milk, I on the other hand used heavy cream. I figure, if I am going to make the New England Clam Chowder, I am going to do it right. It was rich, creamy and delicious. I also minced the clams in this version compared to the clams being left whole in the Manhattan.

So, there you have it. New England and New York are battling it out in the Super Bowl on Sunday but they have been battling it out for chowder supremacy for much longer. 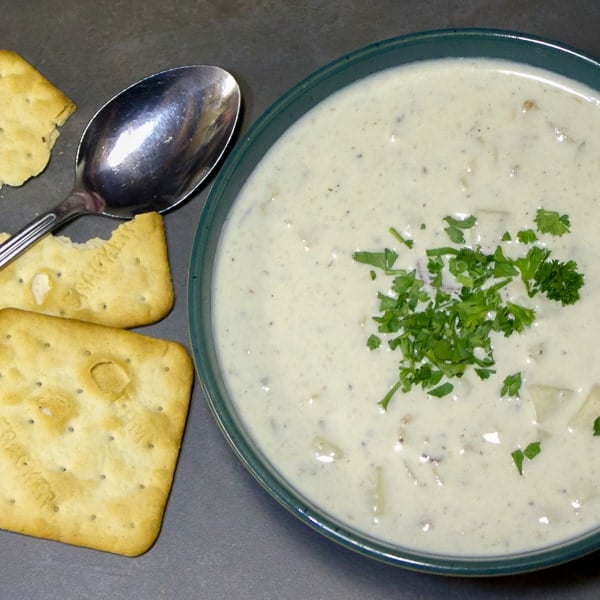 Which one gets your vote: The tomato based Manhattan that is packed with flavour or the New England that is rich and creamy?