Making these Mexican chicken carnitas in a slow cooker is super simple and they taste amazing. Serve this shredded chicken in a soft tortilla with diced jalapeño peppers, onions, cheese and more! 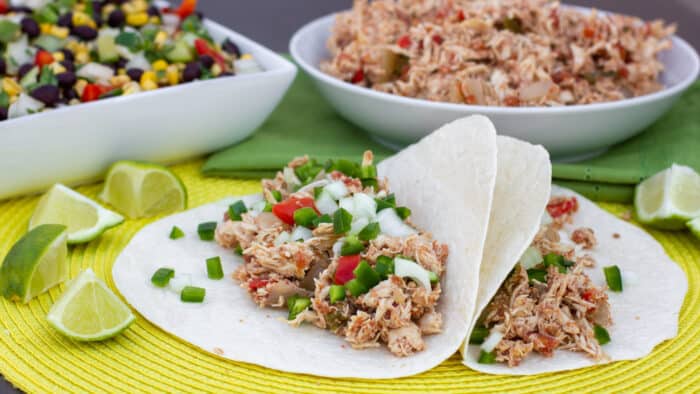 Carnitas are the Mexican equivalent to pulled pork. Traditional carnitas are made by using a well marbled piece of pork, like a boston butt or picnic roast. The ‘true’ way to cook the meat is to braise it in lard over a low heat, until the meat is tender.

Once the pork is well cooked, the heat is turned up to crisp the edges of the meat. It is then removed from the lard, allowed to cool and shredded, just like pulled pork. Served on a taco or burrito shell with various toppings,  like pico de gallo, cilantro, cheese, guacamole and more, carnitas are moist, tender and incredibly delicious. 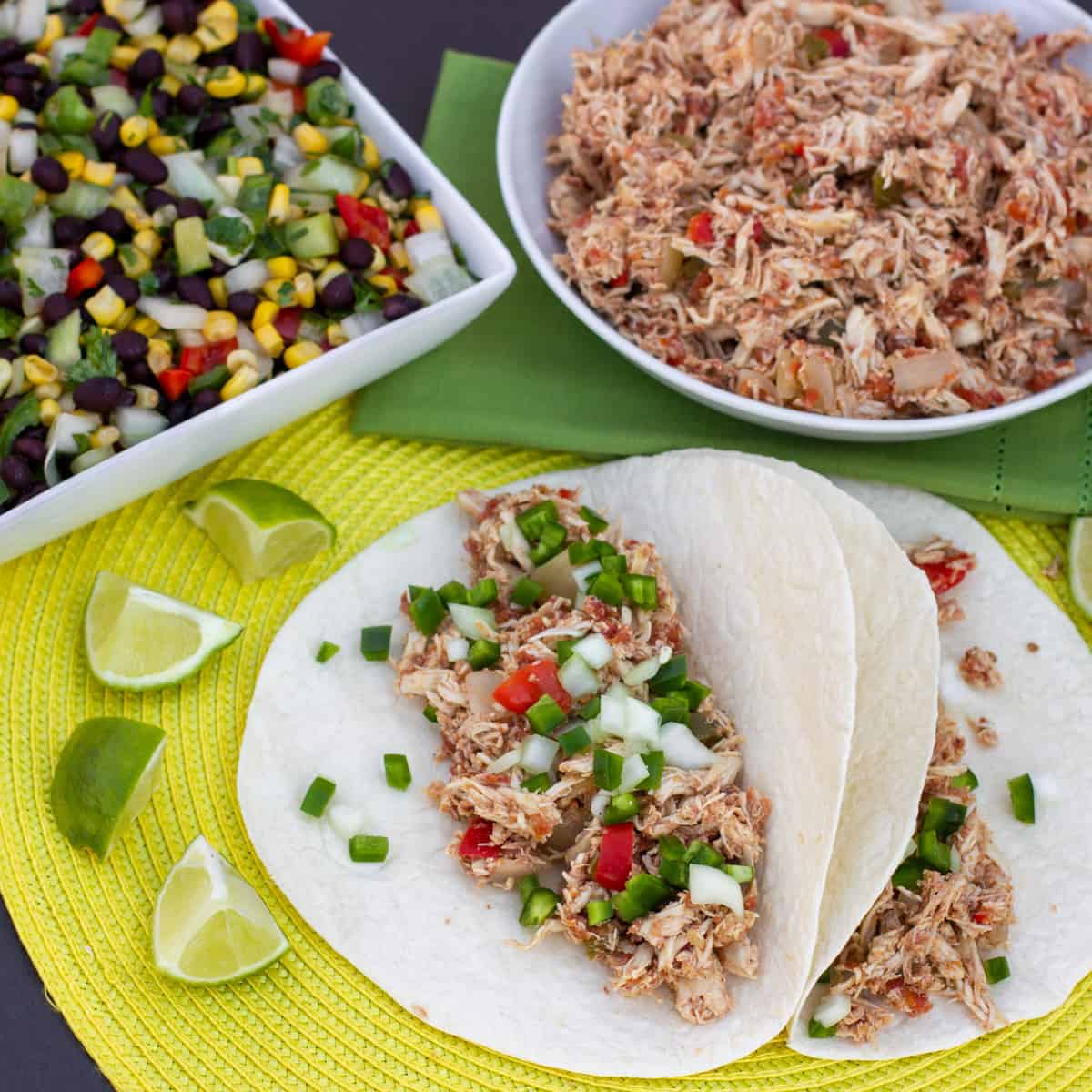 I have been giving my new slow cooker a spin over this past week and I wanted to  try a chicken version of the classic carnita. It is far healthier than the pork variety as it is quite low in fat. Do not think that I say this because I do not eat the pork carnita version – oh yeah – I sure do. But, if you are looking for a healthy version of the carnitas, then this is it!

Typically, the pork roast is slow cooked in lard, but I decided to cook the chicken breasts in diced tomatoes, onions and peppers. The flavour was amazing and the chicken was tender and moist. 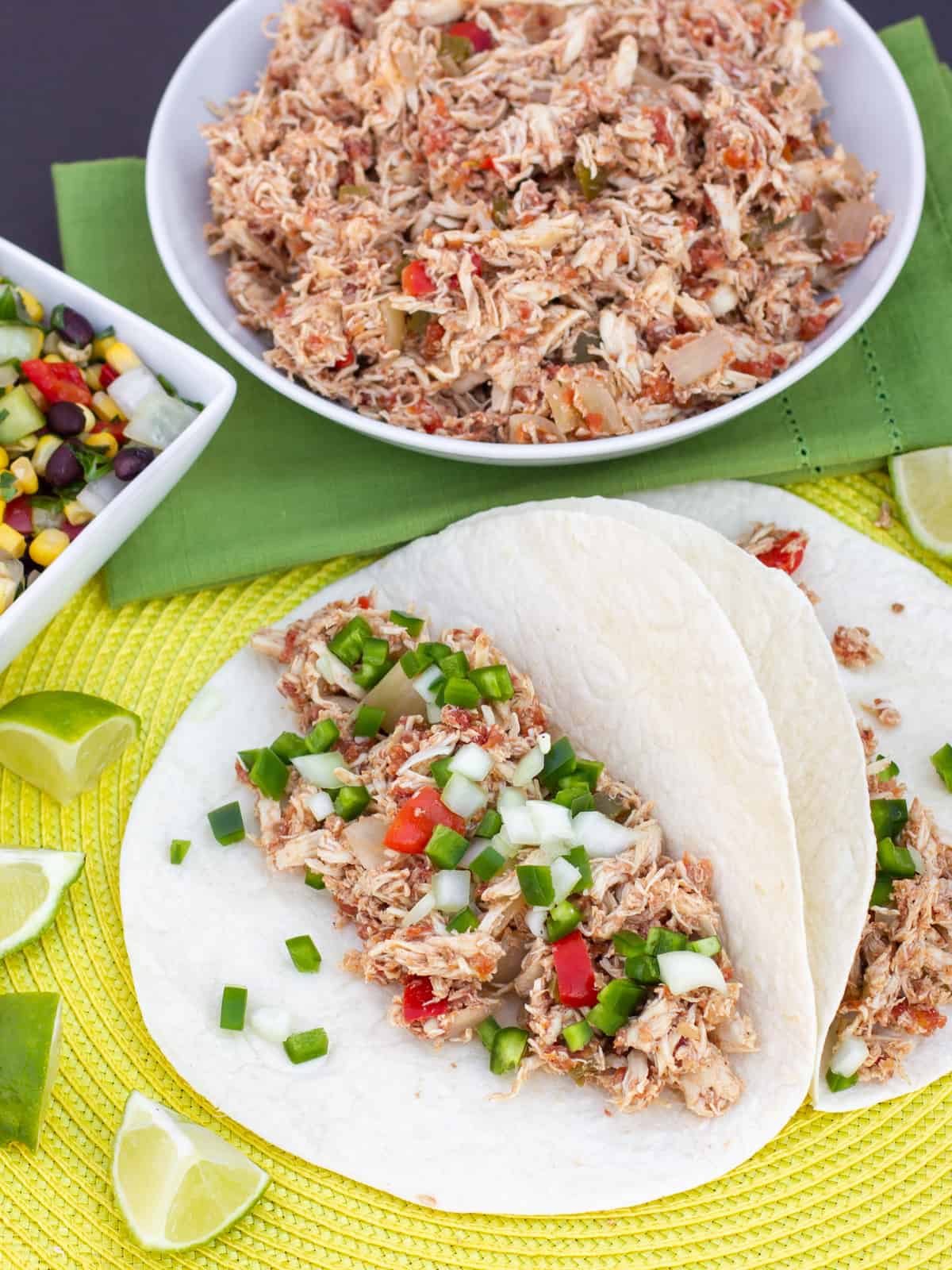 Slow cooker chicken carnitas are perfect as part of a Mexican meal. Here are some other great recipes that are great alongside these carnitas. 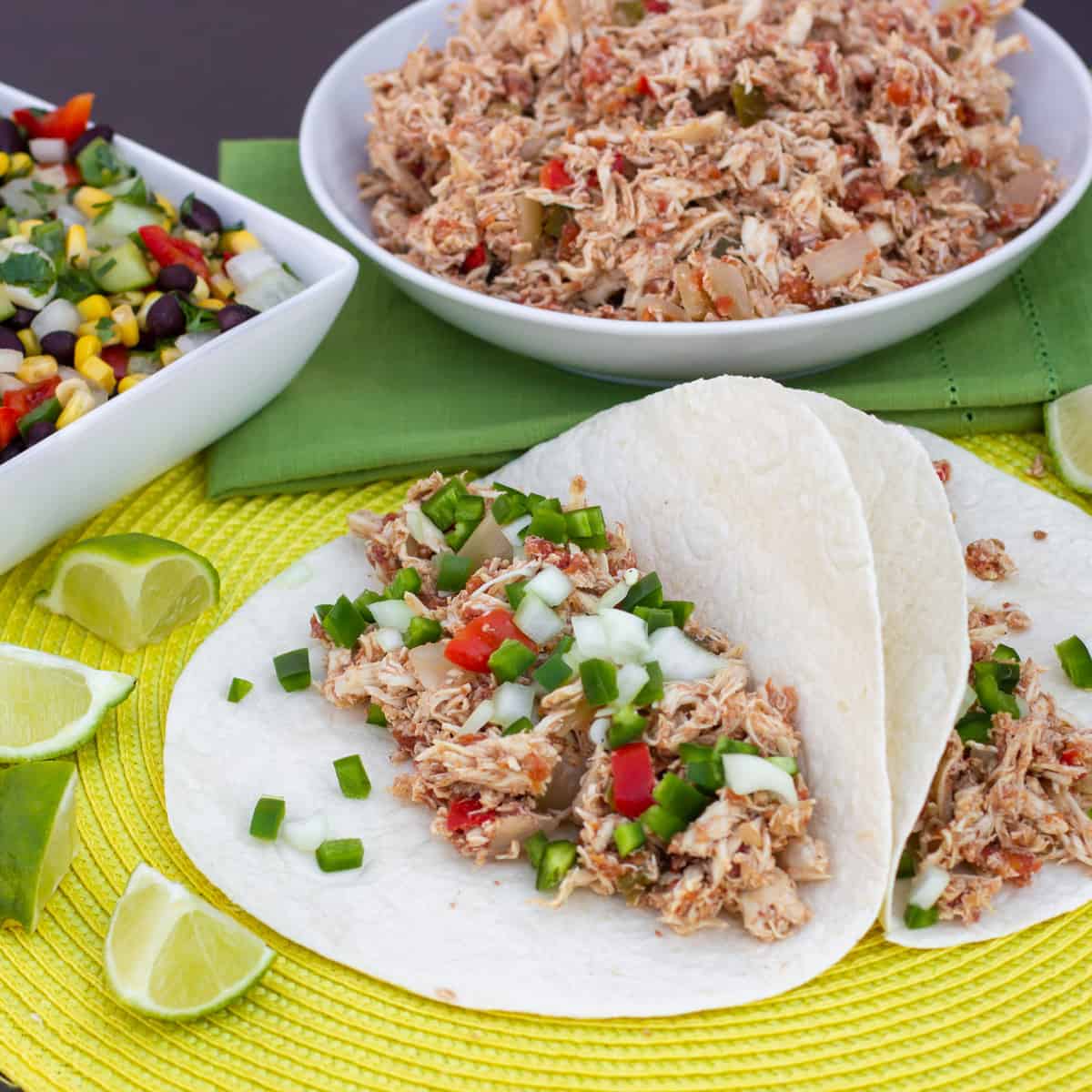