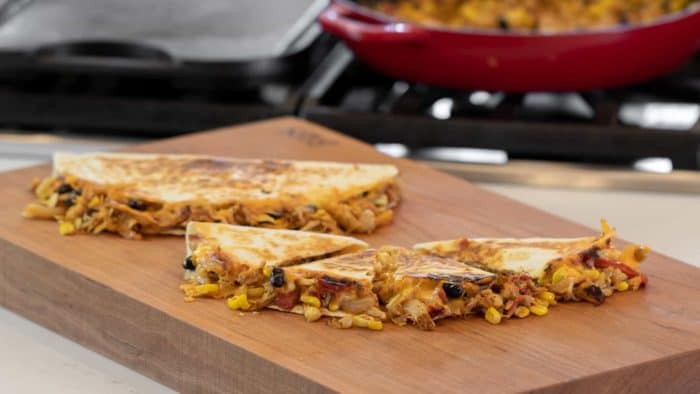 Quesadillas are a go to dish at our home. It seems that we often have some wraps or soft tortillas in the pantry. Also, our fridge is regularly stocked with cheese and vegetables like onions and peppers. So, on those days when I have a little bit of leftover chicken, quesadillas are a great choice.

If you ever wonder how to make a quesadilla then this recipe is for you! Today’s recipe is a quesadilla with lots of stuff in it. Not only did I have some left over chicken, but I also threw in some black beans, corn and other veggies. It seems that almost any time I am cooking Mexican or Tex Mex, I find myself using black beans and corn. But, they are so good!

Along with those ingredients, I sautéed some onion, pepper, tomato and jalapeno which gives the filling such and incredible flavour.

Any quesadilla needs lots of cheese, so I used a mixture of cheddar and Monterey jack cheeses. It made the quesadilla so gooey!

This recipe gives instructions for cooking up the quesadillas on a griddle or skillet. While this is generally the more common way to cook up a quesadilla, there are definitely other methods.

Here are a few other quesadilla recipes on the site:

These quesadilla are amazing as a snack or appetizer all on their own. They are also excellent as part of a full Mexican meal.

Try serving them alongside these other great Mexican dishes! 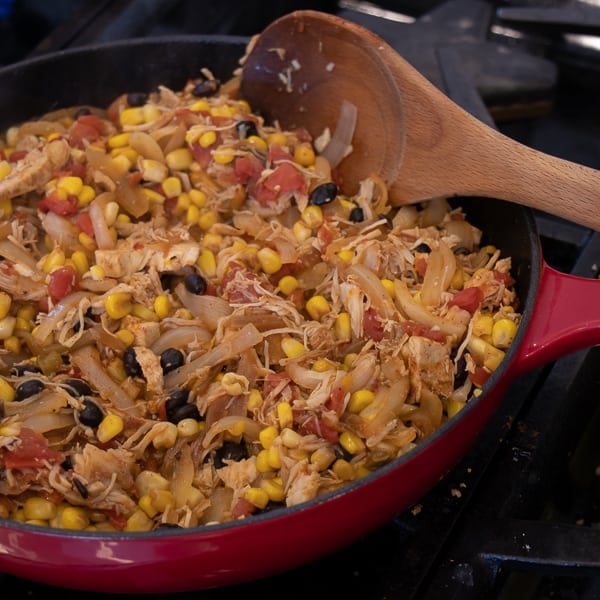 Prepare the filling by sautéing the onion, pepper, tomato and jalapeño in a skillet. Once they are tender and cooked through, add the corn, black beans, chicken and chili powder.

Stir the mixture and continue to cook for another 6-8 minutes. Remove the skillet from the heat and let it cool down a little bit.

Assembling and cooking the quesadillas could not be easier. I use large soft tortillas which can then be cut into 4 bite size quesadilla wedges when done.

I cook the quesadillas on a large rectangular cast iron griddle. This works great and allows me to cook 2 at a time. You can also use a skillet or frypan, but with those, you can likely just cook one at a time.

Place a soft tortilla on the griddle or skillet that is heated over medium heat. Spoon some of the filling evenly across half of the tortilla.

Sprinkle some of the grated cheddar and Monterey Jack cheeses on top of the filling. Fold over soft tortilla to make a half moon shape. Let the quesadillas cook for a few minutes.

As you can see in the picture above, this in the browning that I am looking for on the tortillas. This gives the outside a nice crispness. They are so good!!

Once flipped, cook for a few more minutes on the other side. 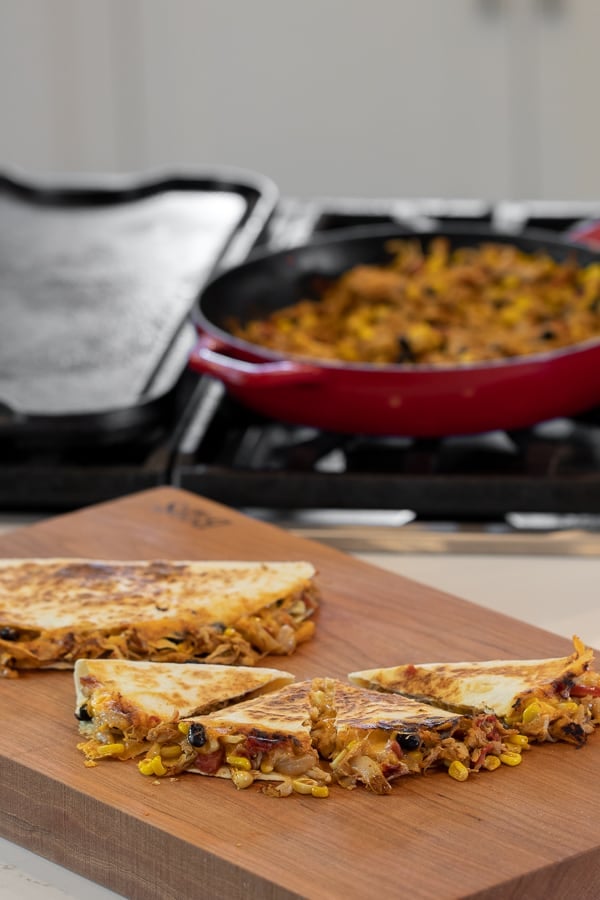 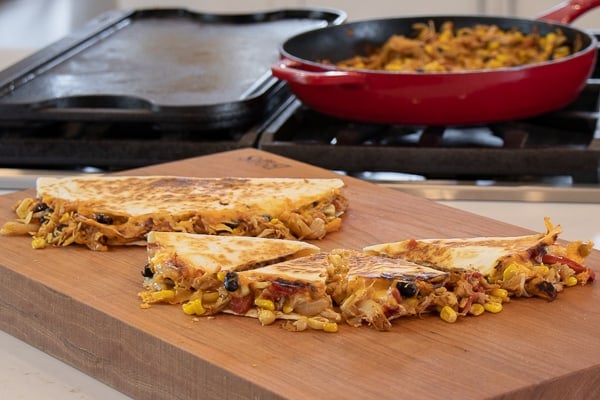