Similar to butter tarts, these have maple syrup and pecans to make up the filling. These mini tart tassies are simple to make and delicious. 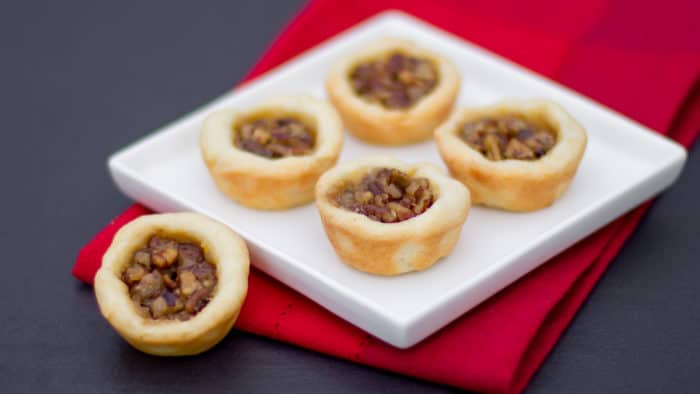 Tassies are the perfect bite size tart and I make at least two kinds of them every year. The pastry is super easy using only four ingredients: butter, cream cheese, flour and salt. It is so easy to make this pastry that it is impossible to mess it up!

Butter tart tassies are a classic for us and I decided to bring a little Canadian flair to them by using maple syrup instead of corn syrup. Maple syrup has such a distinct taste and I love almost anything with maple flavour: cookies, pancakes, bacon, sausage, cinnamon rolls – oh yeah – I am hungry after typing those examples! 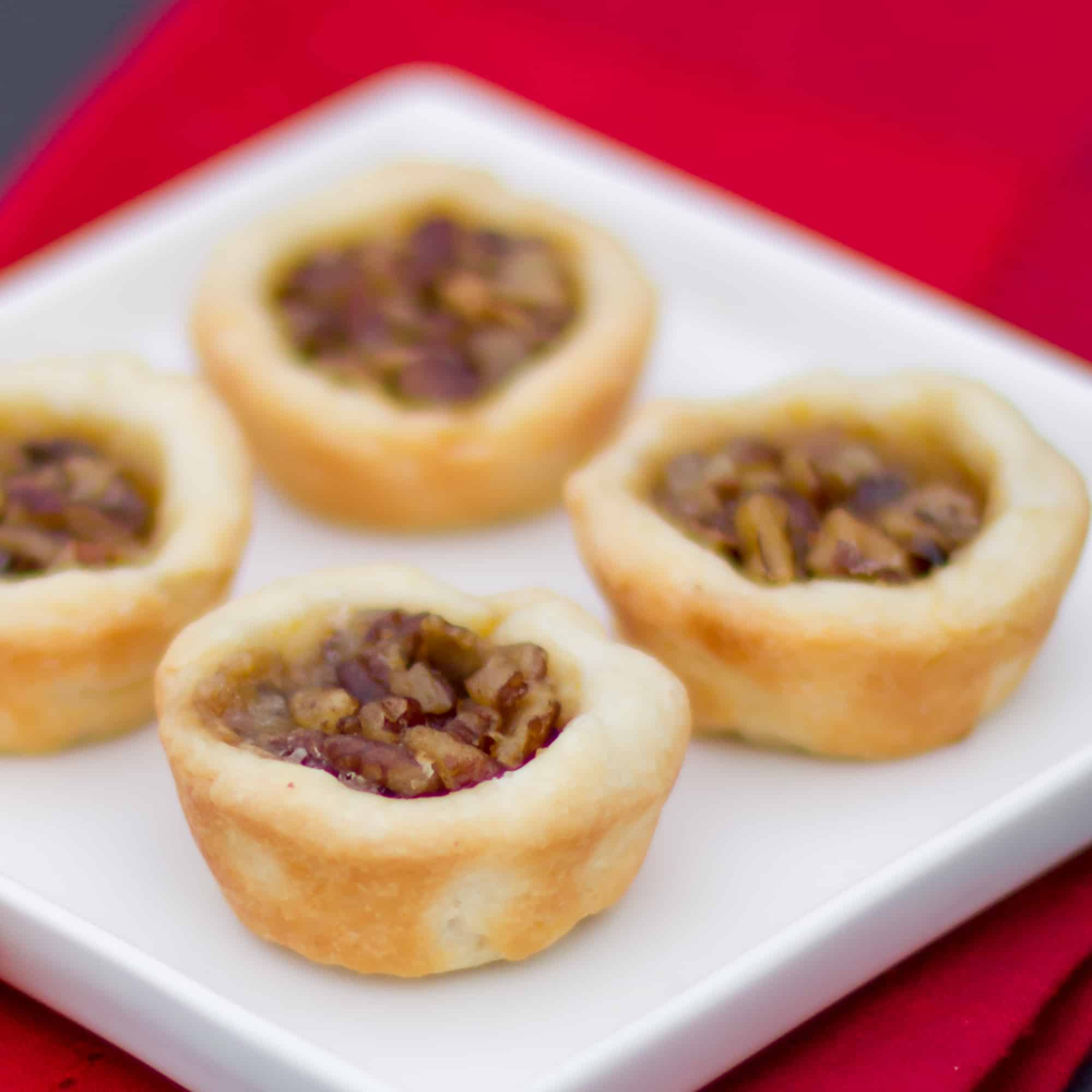