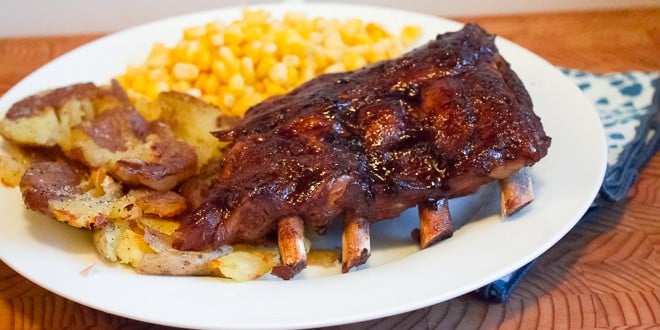 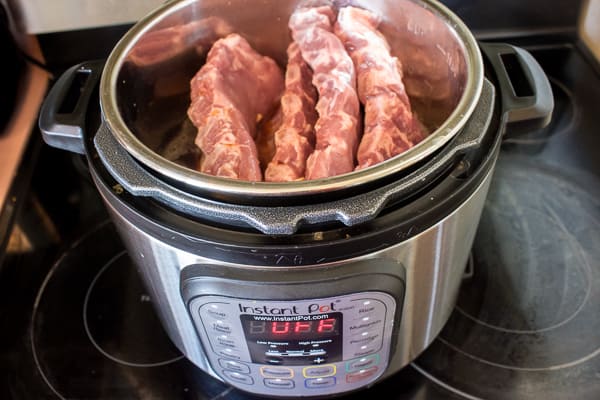 My 6qt pressure cooker is plenty big enough to cook 2 full racks of baby back ribs. Just cut them in half and line them up horizontally in the pot. Mix up the teriyaki marinade and pour it over the ribs. Lock the lid on the pressure cooker and close up the vent. Set it to cook for 20 minutes at high pressure.

Note: While this recipe is for teriyaki ribs, this can be modified many ways, with different marinades and sauces. 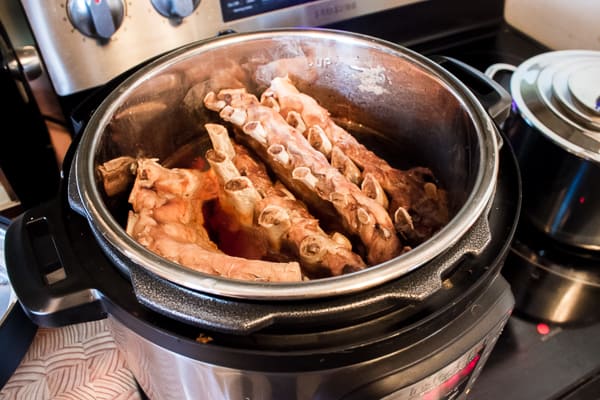 Once the 20 minutes is up, let the pressure release naturally. Removing the lid will reveal that the ribs should be fulling cooked with the meat starting to pull away from the bone.

Place the ribs on a rack that is placed on a large baking sheet lined with aluminum foil. Generously brushed them with teriyaki glaze. 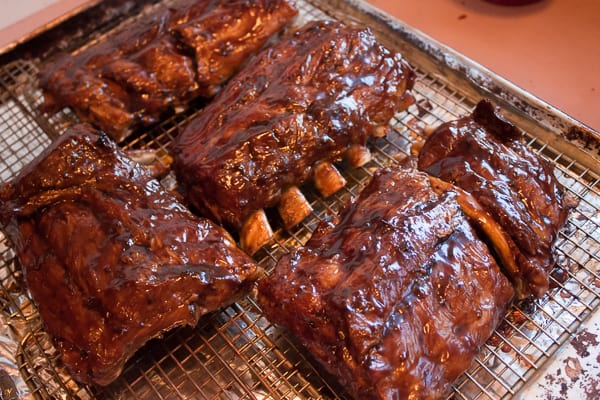 With an oven set to broil, cook the ribs for about 3-5 minutes. After that, brush them with more teriyaki glaze and put back in the oven for 3-5 more minutes. The finished ribs will be sticky, sweet and tender.