Before I talk about the ingredients that make up the atomic buffalo turd, I need to speak to the name. I have no idea where the name for these came from and even though atomic buffalo turds (aka ABT) have an unappealing name, the taste of them is lights out delicious! ABT’s have been all over BBQ circles for years and many people seem to have their own variation on these bite size treats. It is hard to describe these little delights to someone who has never had them before. I like jalapeno poppers as much as anyone, but these ABTs kick basic jalapeno poppers into the ground. They are seriously that good. 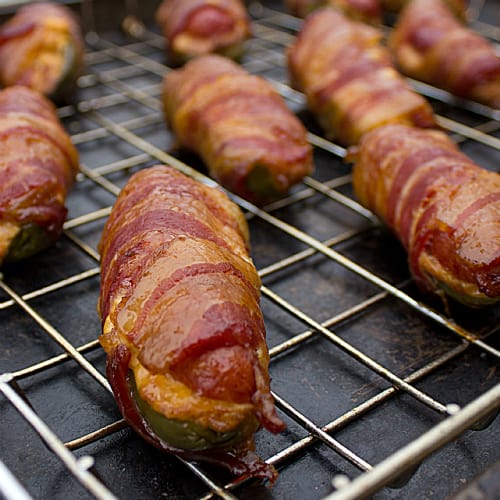 The smokie is part of what makes the ABTs so much better than your standard popper. It is the combination of flavours in the smokie, bacon, cheese filling and jalapeno pepper that make every bite outstanding. These are great cooked in a smoker and it is possible to bake these in the oven or grill them, but they do not hold a candle to the smoked version. I am not a fan of them grilled as the temperature needs to be low so that the jalapeno can be cooked through. Most grills struggle to have a low heat (below 250F) and the ABTs can have the bacon overcooked and the jalapeno undercooked.

Some in my family do not like spicy food, so I used red and orange sweet bell peppers. They turned out delicious as well and were enjoyed by those who prefer milder food. Living in Canada it is close to impossible to get anaheim or poblano but they would be a great alternative to jalapenos. I like it hot though and I wonder if I would ever have the guts to try these in a habanero. YIKES! 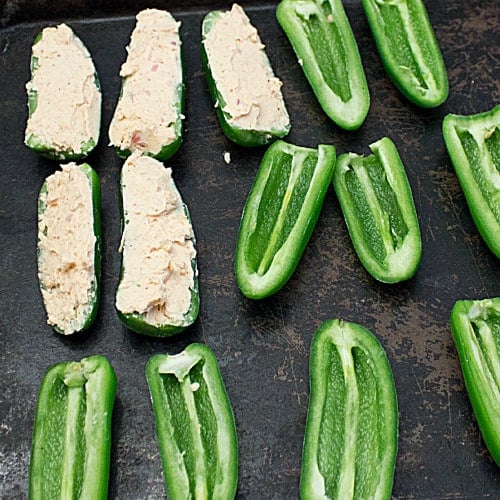 Use a small spoon to scoop out the seed and the membranes to make little jalapeno boats. The majority of the heat is in the seeds and the membrane, so if you want the ABTs to have some extra kick, leave some of the membrane in the pepper. 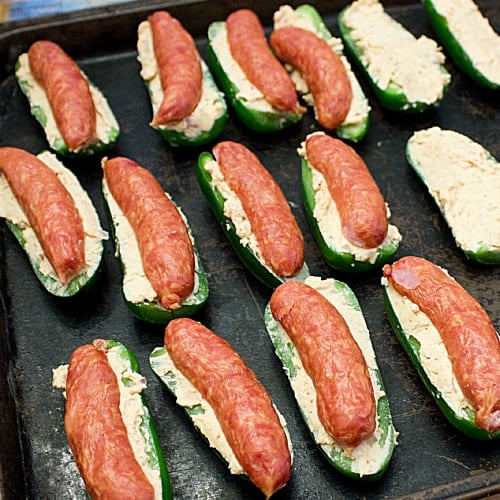 Depending on the size of the smokies, you may need to cut them in half or quarters. The smokies that I used are cut lengthwise and fit perfectly on the jalapeno pepper. 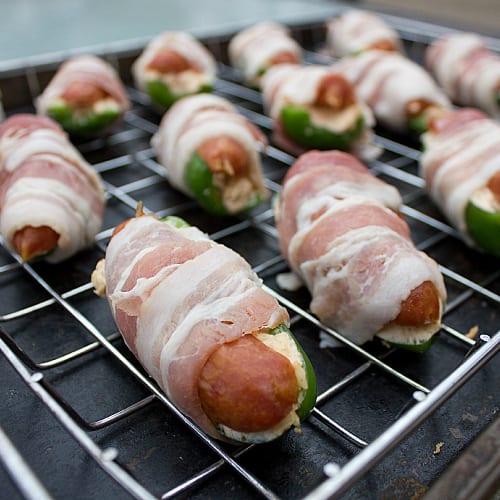 After being wrapped in the bacon they are ready for the party in the smoker! 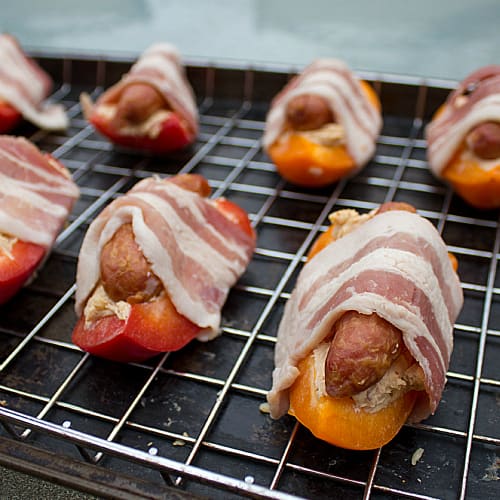 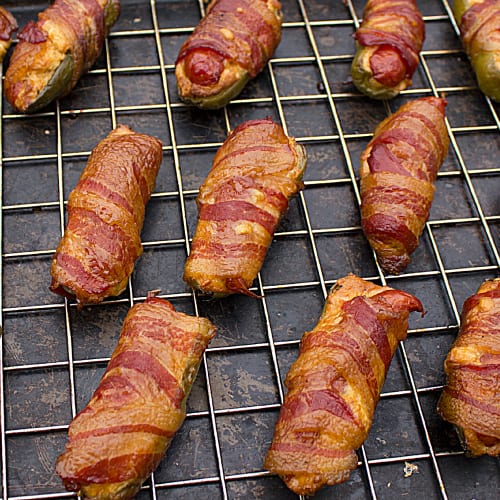 The ABTs could easily be made ahead and kept in the fridge for up to 24 hours before smoking them. Look at these beauties! These are truly the ultimate tailgate party snack! Make sure you make a lot as they will go fast. 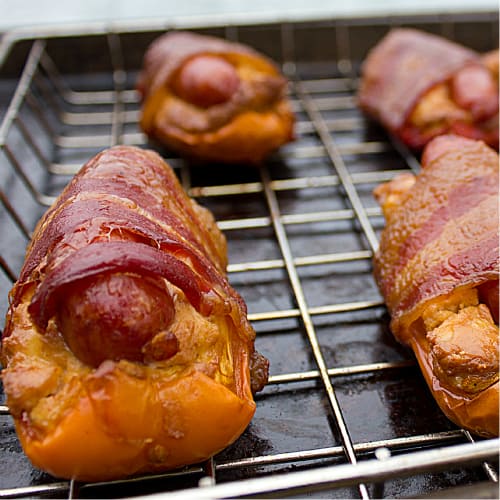 The bell peppers turned out great as well. The pepper tastes like a roasted red pepper and there is a smokey flavour throughout every part of this delicious bite size treat. 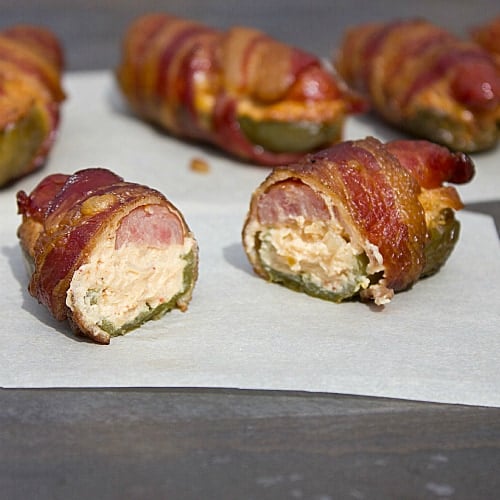 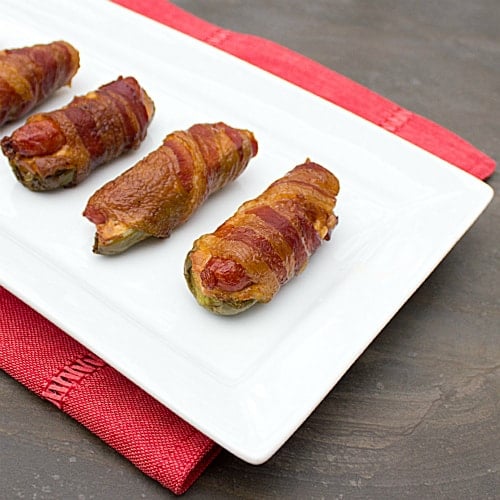