I have a serious weakness for the stuff. Scoop some pulled pork on a bun with shredded cabbage and I am one happy man!

Now, pulled pork, done in the smoker with a nice spice rub and homemade BBQ sauce – that is dynamite. Occasionally though, there is the need for something quick and easy. Enter these pulled pork sliders! 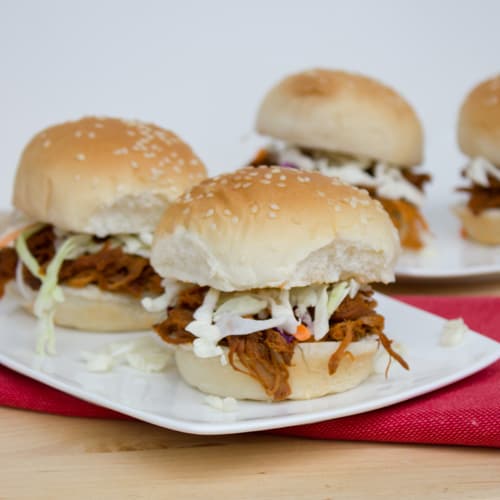 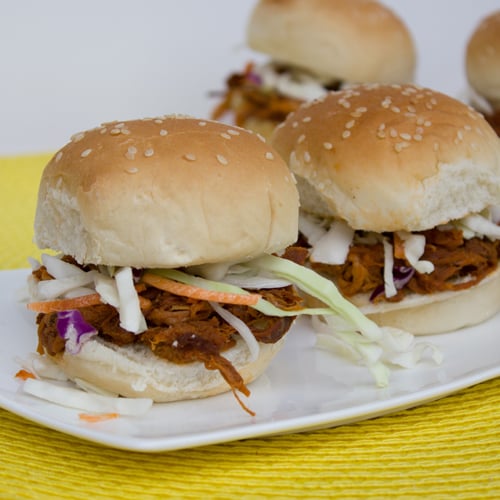 Many have heard the list of ingredients and were skeptical. Actually, I was, until I tried it. I never expected them to be as good as they are. Every time I make them they are a HUGE hit. Give them a try – you will not regret it!

Pulled pork sliders are great to make for game night. They are perfect party food! 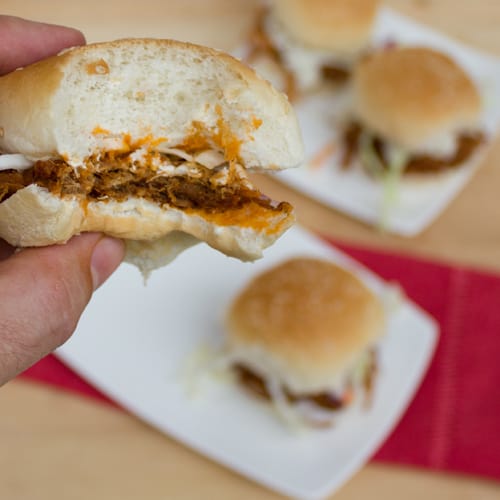 5 out of 5
4 reviews
Print
This pulled pork on a slider bun is a snap to make with very few ingredients and cooked in the slow cooker. Great for game night and the perfect party food.
Prep Time: 10 minutes
Cook Time: 9 hours
Total Time: 9 hours 10 minutes
Servings: 24 sliders