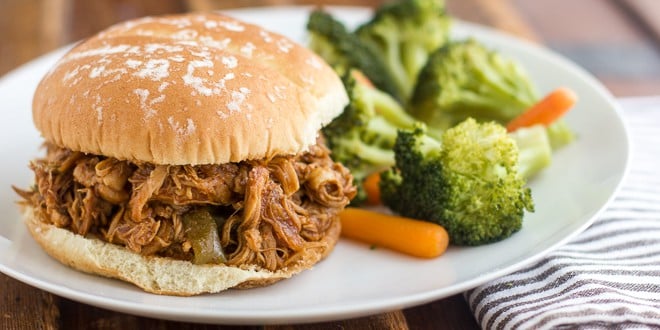 Pressure cooker pulled chicken is one of those recipes I just happened to try one day and, since then, it has become a family favourite. The Instant Pot is an ideal way to cook the chicken thighs so that they are moist, tender and very saucy.

Each time I use my electric pressure cooker I become more in love with this method of cooking. The pressure cooker allows you to cook food in a fraction of the time that it way another method like the slow cooker or braising.

Lately, I have been taking recipes and converting them to be cooked in the electric pressure cooker. This pulled BBQ chicken is something I have made in the slow cooker for years. The meat is so so delicious! Using the pressure cooker is easy and making this pulled chicken can be done in less than 30 minutes from fridge to pressure cooker to table. 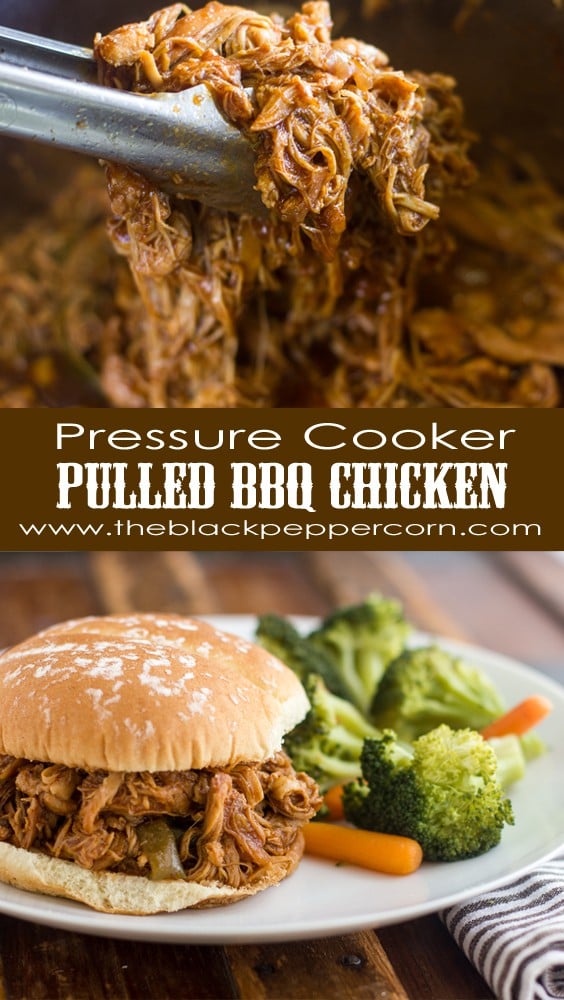 I cooked the chicken thighs with a can of pop. The pop with the sugar and spices gives the meat a sweet spicy flavour. Any kind of pop will work just fine. I tend to use cola or root beer most frequently, but I have also used orange soda and it gave the meat a nice taste as well. 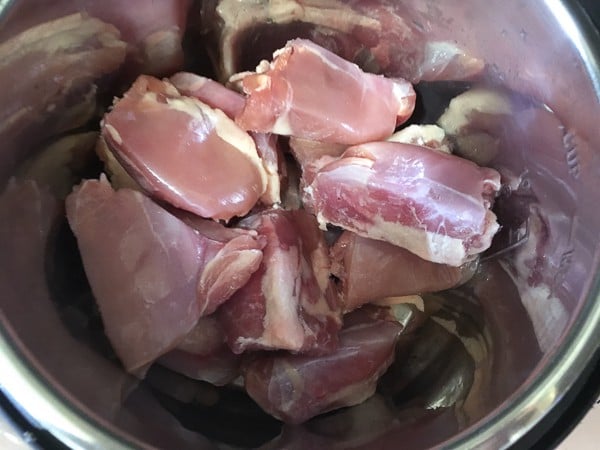 My package of chicken thighs were in the freezer and I placed them in the fridge the night before to thaw. When it came time to cook, the thighs were still fairly frozen. The top part was thawed but the bottom portions were frozen solid.

The great thing about the pressure cooker, is that you can cook the meat frozen. While this does not work with a slow cooker because it takes to long for the meat to fully cook, it work beautifully in a pressure cooker.

For these chicken thighs, I added an extra 5 minutes to the pressure cook time and it was more than enough! 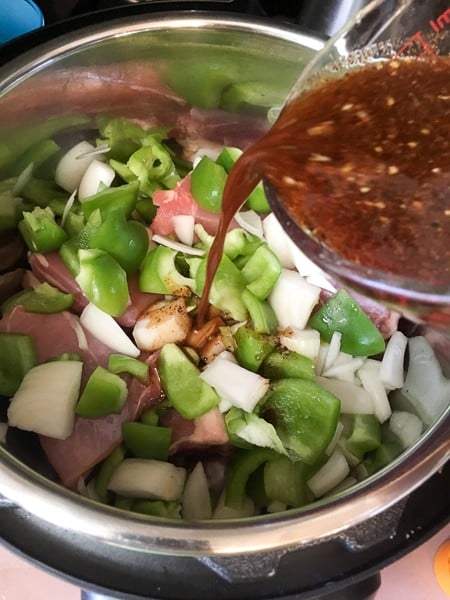 Along with the chicken, I added some diced onions and a green pepper. You could add jalapeño peppers if you want some heat. You could also throw in some quartered mushrooms if you like!

In a bowl, whisk together the pop, sugar and spices. Pour the mixture all over the chicken. 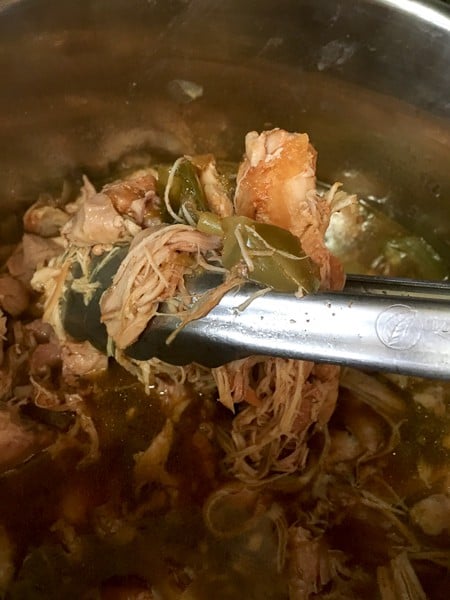 Set the pressure cooker to cook on high pressure for 15 minutes (since my chicken thighs were still frozen, I added an extra 5 minutes to the 15.

Place the pot back into the pressure cooker and shred up the chicken meat with tongs or a fork. It should shred very easily. 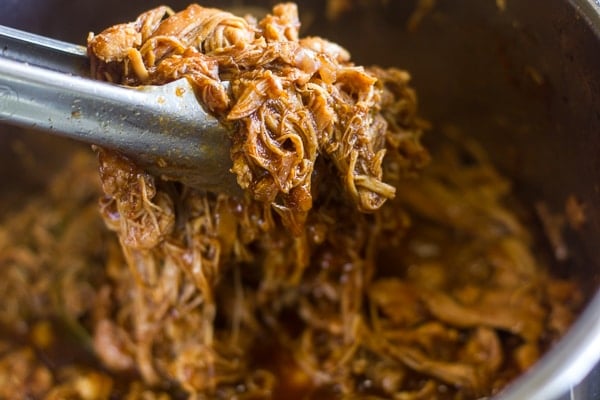 Stir in a bottle of your favourite BBQ sauce. The chicken is tender, moist, sweet and ridiculously amazing. We all could not get over how delicious it was.

While it is great on a bun, we found ourselves dumping a pile of the meat straight on our plate and eating it just like that. 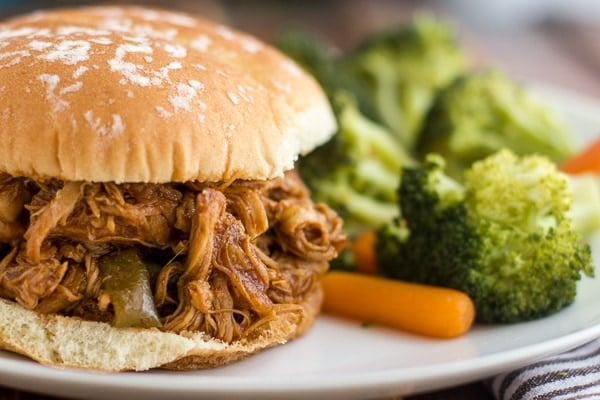 In case you make this ahead, you can set the pressure cooker to keep warm and it will keep the pulled chicken warm for a while in case you don’t want to eat for an hour or so.

It is possible to cook the chicken thighs while they are frozen. Just follow the recipe directions and add an extra 5 minutes to the pressure cooking time.