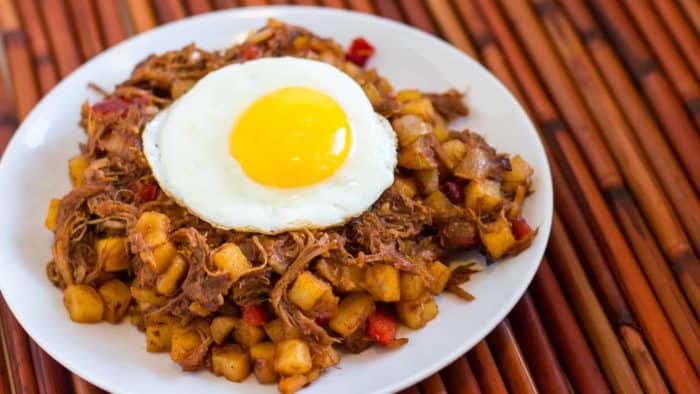 Sometimes when we are talking at home about what we want for dinner, one of us will say that “Let’s have breakfast for dinner!” I love breakfast or brunch and am content having classic morning menu items like bacon, eggs, hash browns and pancakes any time of the day.

One of my favourite breakfast dishes is hash. Hash generally consists of chopped meat and potatoes fried together, sometimes topped with an egg. Corned beef hash became popular in many countries during World War II when there was limited availability of meat. I have always loved corned beef hash and look for ways to recreate this old time breakfast dish. 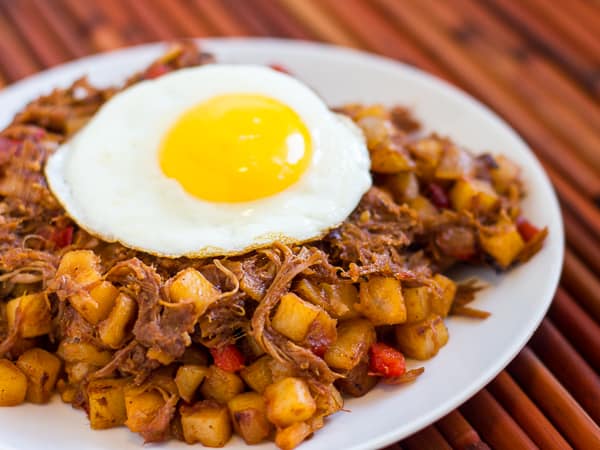 I had some left over pulled pork on the weekend and knew that this would be the perfect opportunity to make a ‘new’ hash recipe. After making this dish, it has caused me to come to the conclusion that pulled pork makes pretty much anything better. This hash was incredible and I would rather have pulled pork hash than corned beef hash ANY DAY!!! Yes, it was THAT good.

If you are looking for some other recipes for leftover pulled pork, then check these out!