A classic Japanese dish of Enoki mushrooms wrapped and rolled in thinly sliced beef. The meat is marinated with soy sauce and sake and then pan fried.

In Toronto, like most large city centres, there are many sushi places. I love sushi, so I have no problem with this, and I particularly love the all-you-can-eat ones! There is one that we frequent that has so many choices on the menu. You sit down with the menu and the waiter comes to the table. You tell them all the items you want and after a little wait, all your choices arrive. You eat like a king and then can order more and more and more. You get the picture!

Well, I love the sushi. I could handle just that. I love raw fish! But, these restaurants also have teppanyaki, grilled choices, deep fried and more. It is nice to be able to mix the things up and try other stuff beyond just the sushi. 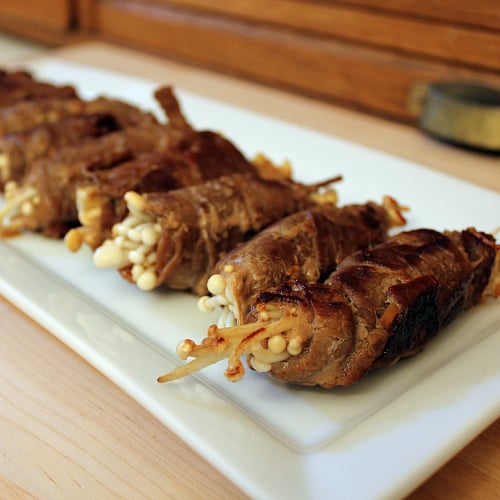 One of my favorite, non sushi choices, is sliced beef with enoki mushroom rolls. The meat is marinated and tender. The mushrooms are unique to the typical North American varieties. The combination works perfectly. I have eaten this dish for years but never tried to make it. 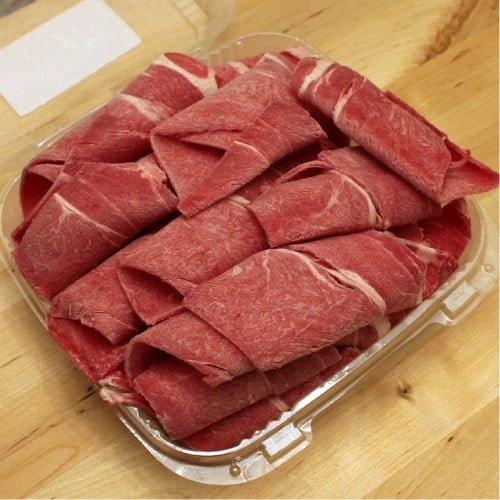 It is necessary for the beef to be sliced very thin, requiring a meat slicer. Since I do not have a meat slicer, and there are countless Asian grocery stores a stones throw from my house, I went there to pick up a package of frozen Korean sliced beef or hot pot sliced meat. These options work perfectly and are so much easier! I love using this beef when I make Vietnamese Pho Bo, and thought this would work very well wrapping the enoki mushrooms. 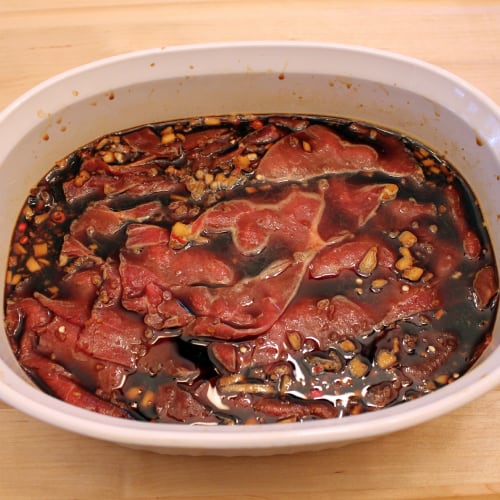 Let the beef soak in the marinade for at least an hour. The marinade will add a wonderful flavour to the meat. 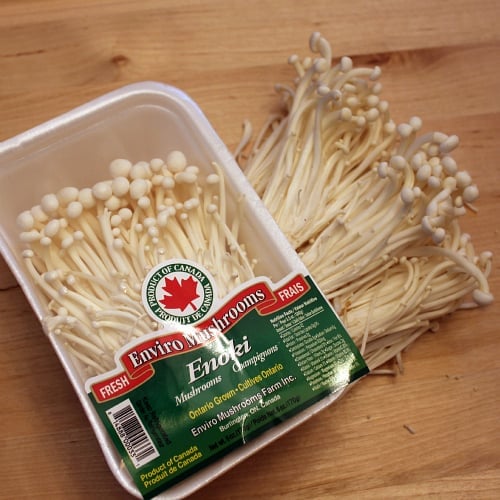 Enoki mushrooms are common in East Asian cuisines including China, Japan and Korea. I purchase this kind of mushroom from a local Asian supermarket. 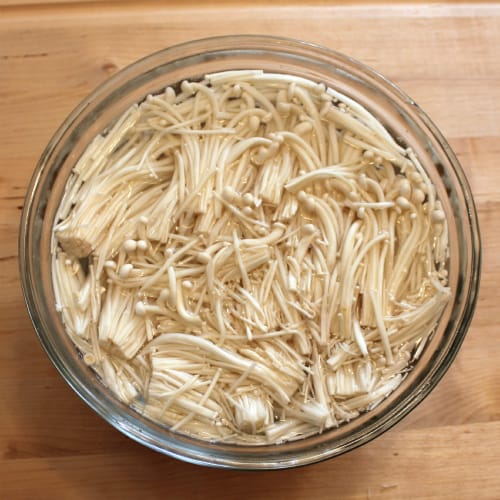 Enoki mushrooms are often clumped together the way that they have grown and it my be necessary to cut the bottom 1/2 inch which is almost like their roots. This allows the enoki to be separated from each other. Soak the mushrooms in hot water for 10-15 minutes to soften and blanch them. 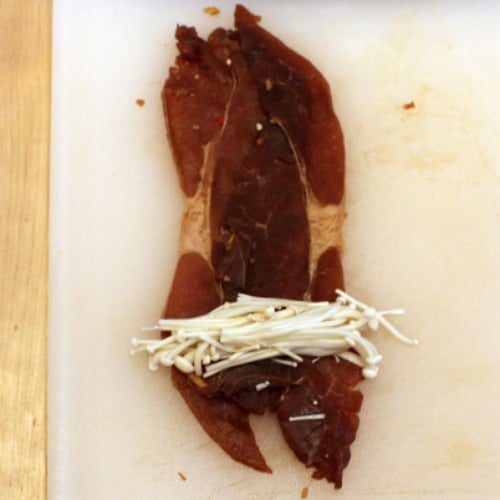 Lay the beef on a cutting board and place some mushrooms on the beef at one end. I like to ensure that some heads of the mushrooms are visible on both ends as it is more attractive that way. 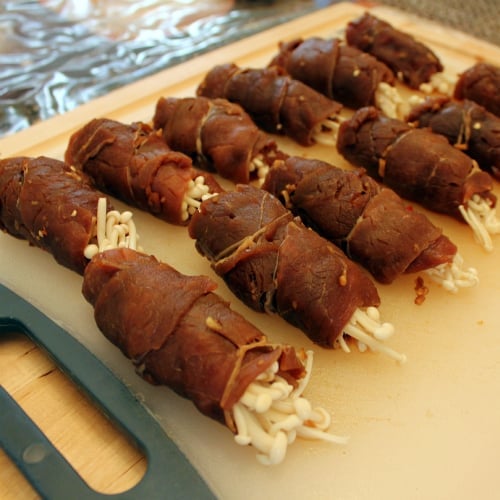 Once they are rolled up they are ready to fry up! 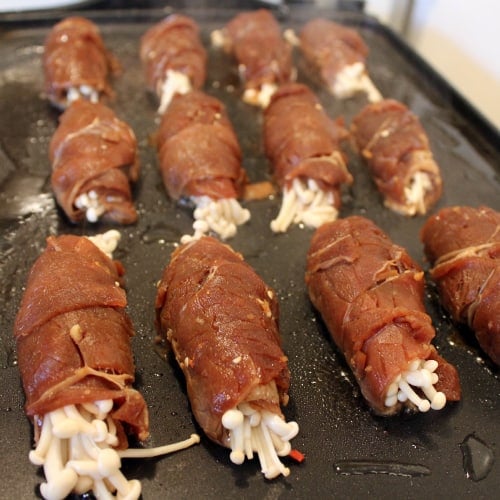 Fry the rolls for about 2-3 minutes then give them a quarter turn. After they have cooked 2-3 minutes on the four sides removes them from the heat and serve immediately.