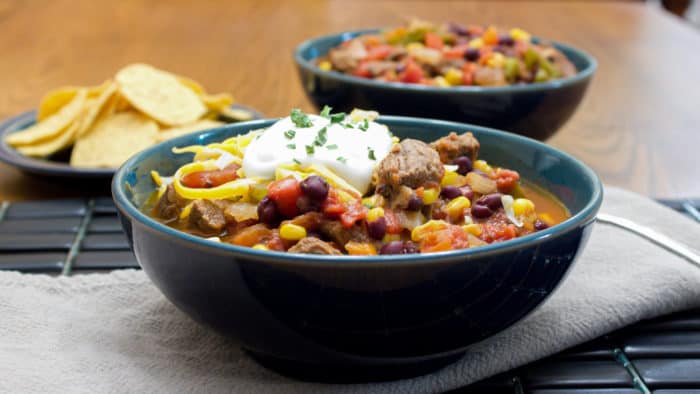 This chili is as hearty as they come. Normally chili is made with ground beef but not this Texas chili. Here we have 2 pounds of steak cubed and thrown in. This is serious chili made for people who need a serious meal! Packed with onions, peppers, corn and black beans, every spoonful is an adventure for the taste-buds.

I used a blade steak, primarily because that was the kind on sale this week. It turned out well and was very tender. Obviously some steaks are tougher than others and would require more time of simmering to tenderize them. You could also use a small 2 pound roast. Just cube it small and throw it in! 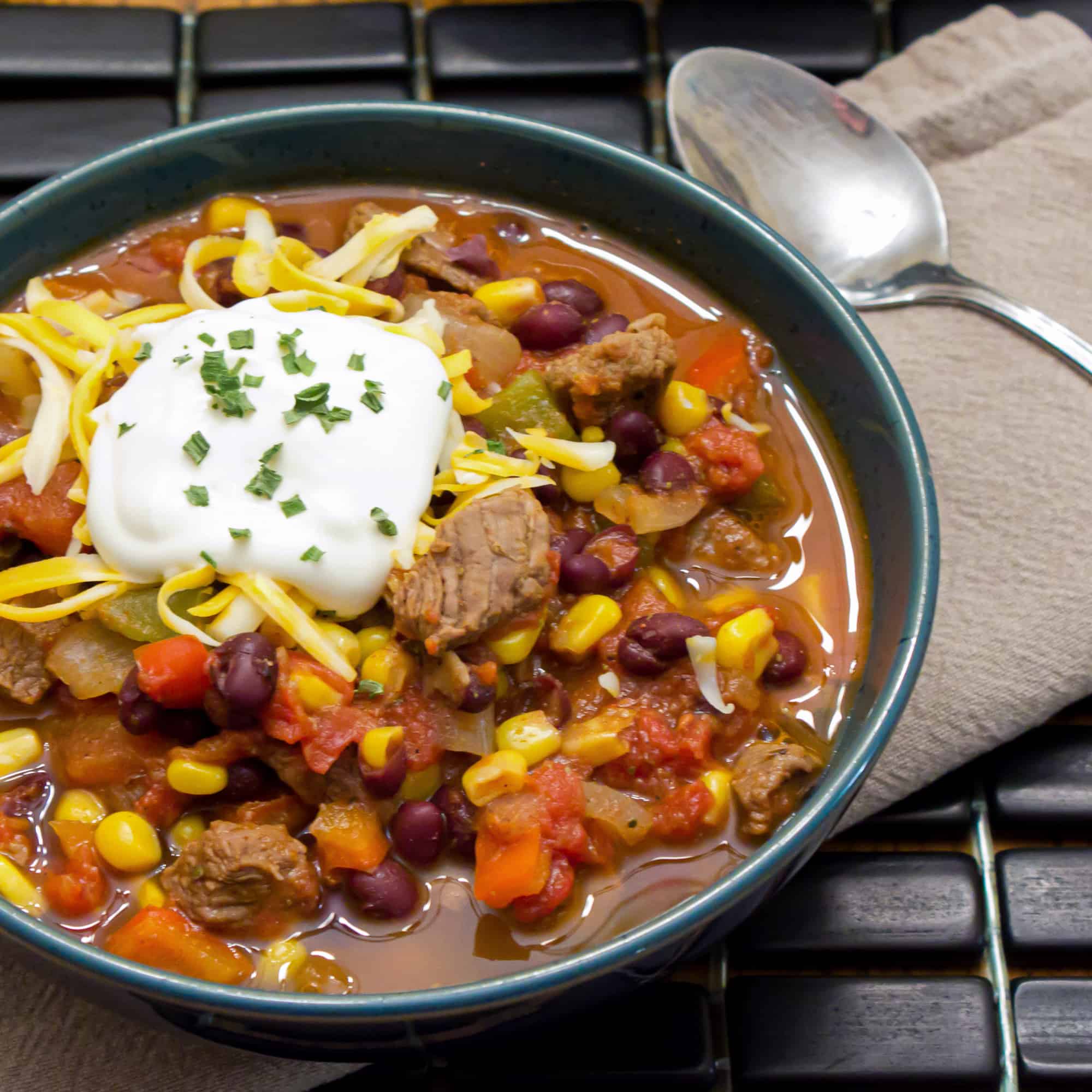 Black beans are used in this chili, which is different from the more commonly used red kidney beans in chili. Black beans go particularly well with the corn. I know that Texas chili is often said to be without beans, but black beans and corn are true tex-mex flavours and I love lots of stuff in my chili.

Also, there are a number of Texas chili recipes that use only black beans and no meat. I have never been to Texas but fear that if I did go, I would just travel from one restaurant to another!

During these winter months, chili is the perfect meal. My family tears through a pot so fast. We love to have it with nacho chips for scooping or crusty bread to sop up the thick broth.