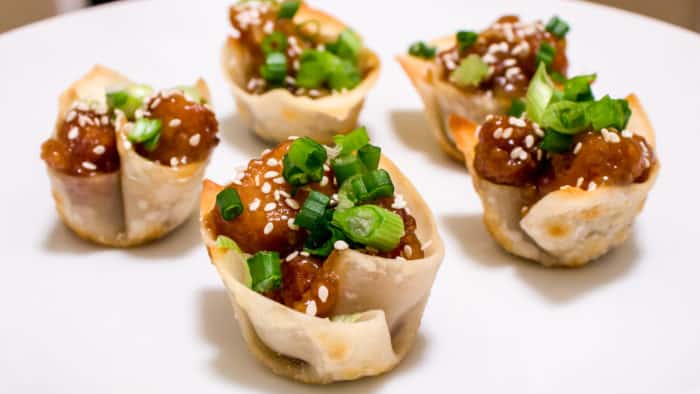 This has been the oddest winter I can remember. It seems like the weather has no clue if it should be cold or mild. Yesterday was cold, today is mild and tomorrow is supposed to be freezing with warm weather at the end of the week! I cannot keep track. It is a challenge knowing how to dress the kids for school! But, I should not be complaining. I do not like cold weather and this has been a mild one so far, so I suppose I should be grateful.

We live in a community where there are many immigrants from China. I have spent time teaching English as a Second Language in the community I live. It is an enriching time even being the teacher! I have developed many friendships and learned a great deal about Chinese culture.

I love any opportunity to learn about other people and places. One thing I firmly believe is, even though people may be from different cultures and they may speak different languages, people are more similar than they are different.

The students would chuckle because my love of food would often bring me to ask questions about popular dishes from the communities they are from. They never mined talking about it and I learned so much! 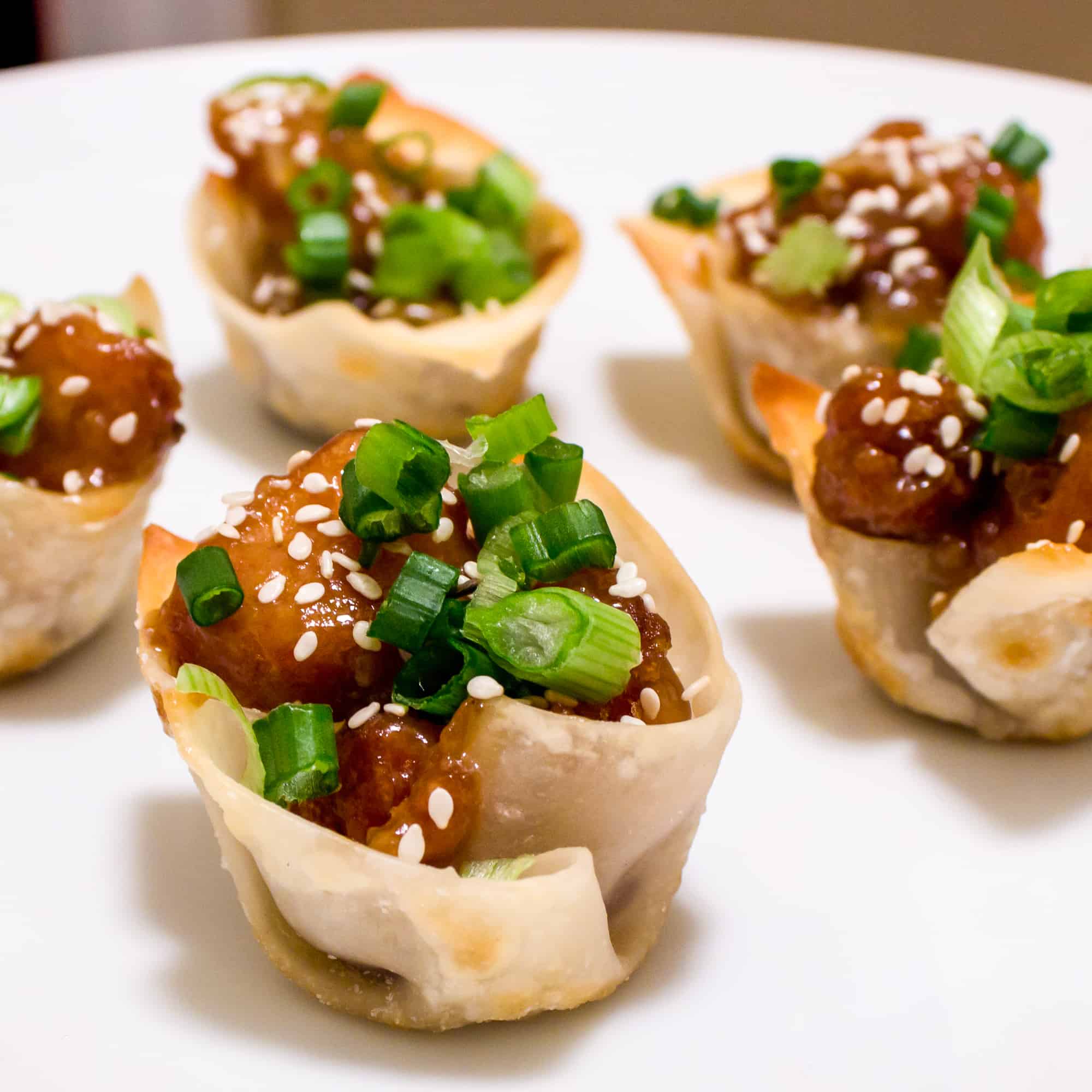 I absolutely love Chinese food. When I say that, some people may wonder what I mean because there is Americanized Chinese food, consisting of chicken balls and lemon chicken, or there is true authentic Chinese, with dim sum and noodle dishes. I answer yes to all of the above. I enjoy all of it. One dish that I particularly like is called sesame chicken. Some of my friends from China say it is not true Chinese food. Instead they say that it has been Americanized by the adding of so much sugar. I guess we like sweet things here in North America. It doesn’t matter to me if it is a true Chinese dish or not, it tastes incredibly yummy to me!

So, when I was considering what 12 appetizers I would do for the 12 Days of Super Bowl Snacks and I planned on using wonton cups, I thought that an Asian flavoured starter would work great. 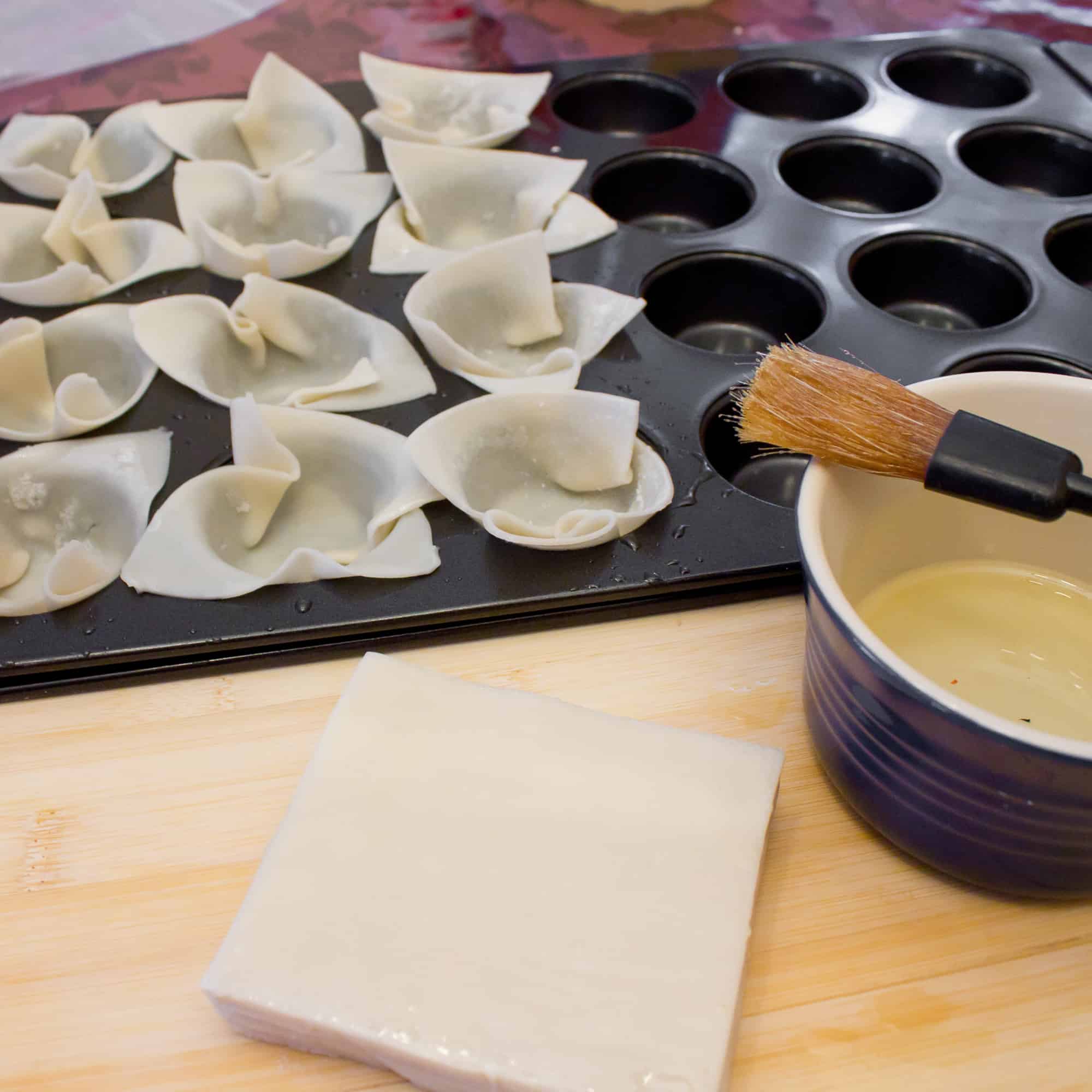 These sesame chicken wonton cups have the true flavour of the restaurant dish but in the form of a cup. Who wouldn’t want that! 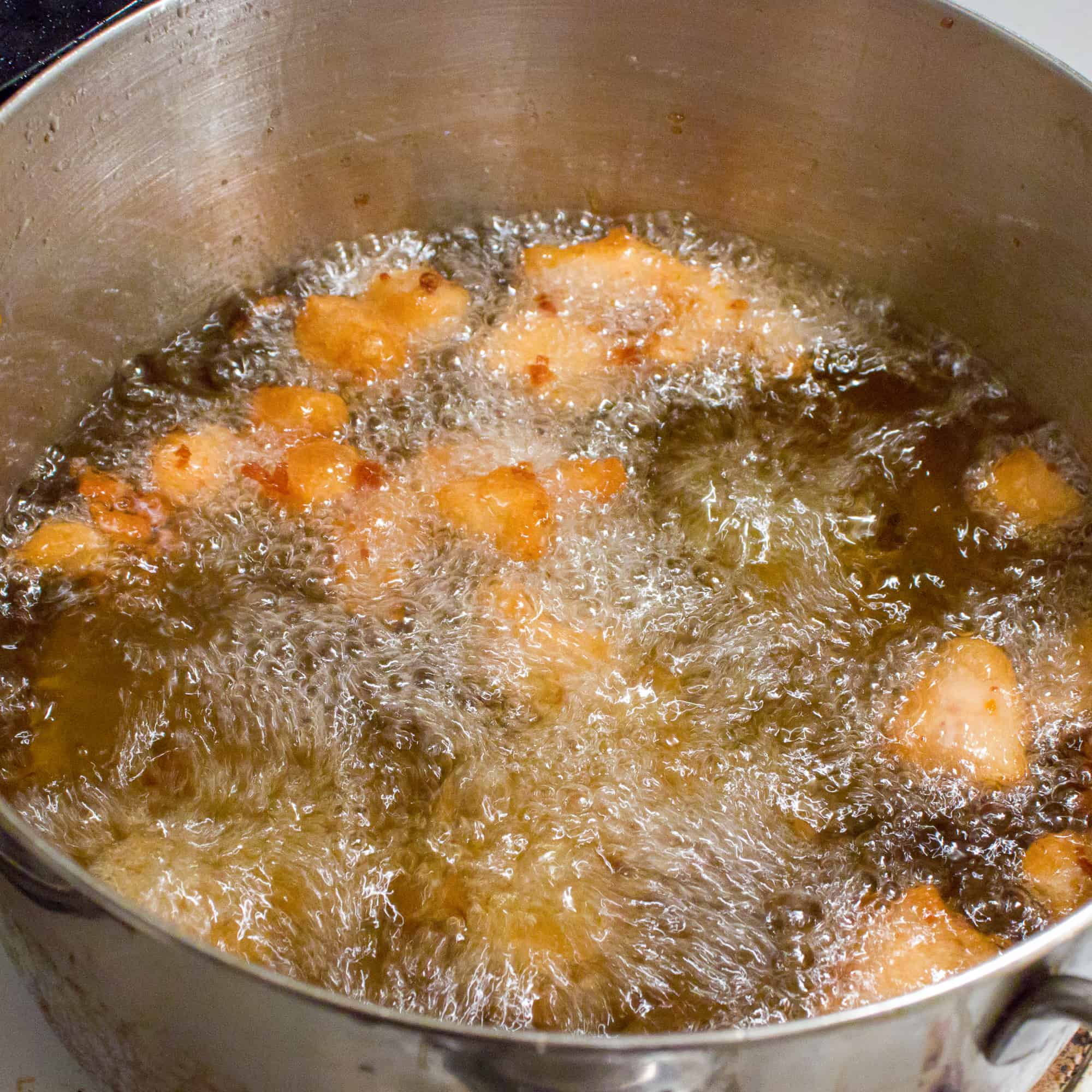 These wonton cups are easy to make, can be made ahead and stored in an airtight container up to three days in advance. 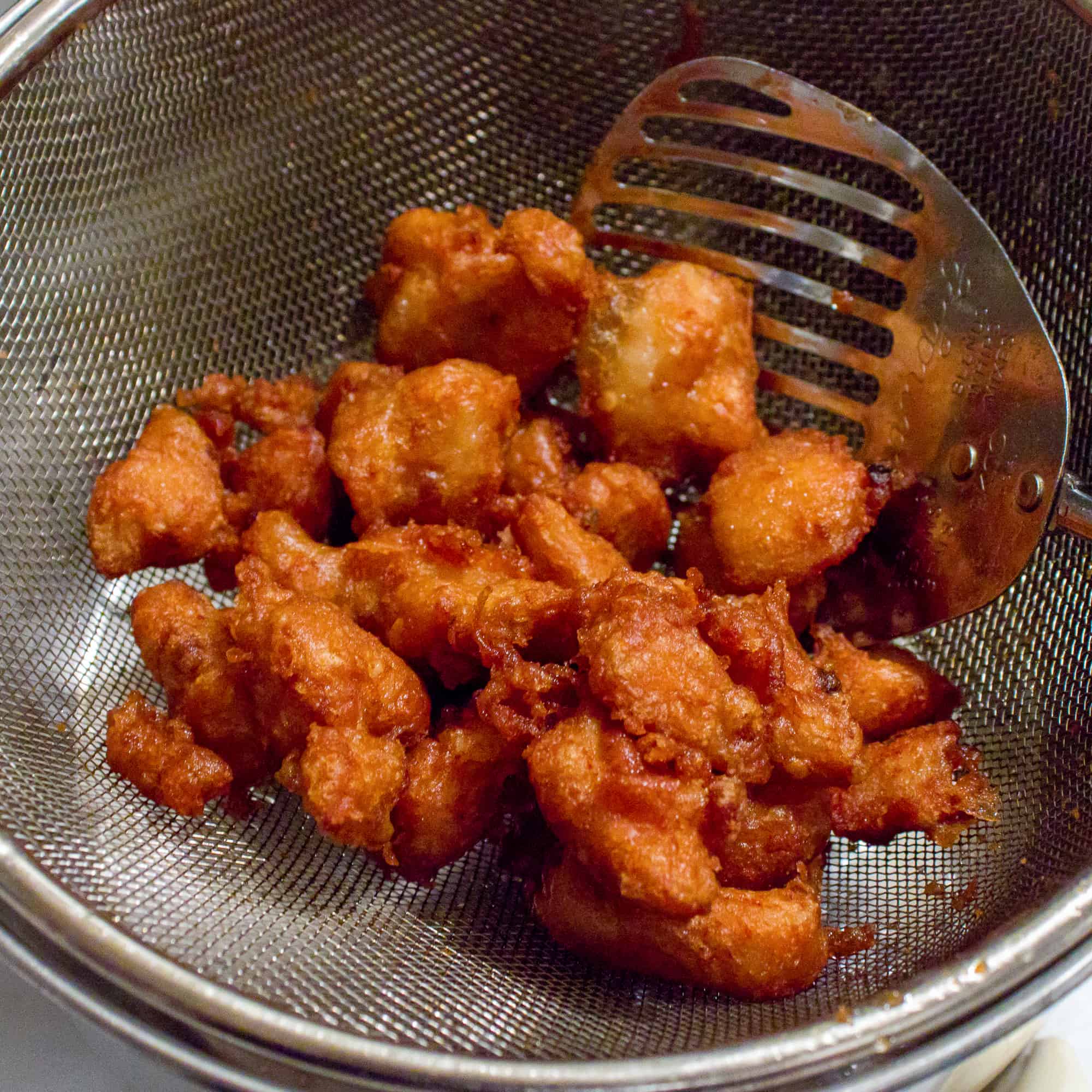 Drop the marinated chicken into the hot oil, one piece at a time, or else they will clump together. Let the fried chicken pieces drain for a minute before tossing in the sesame sauce. 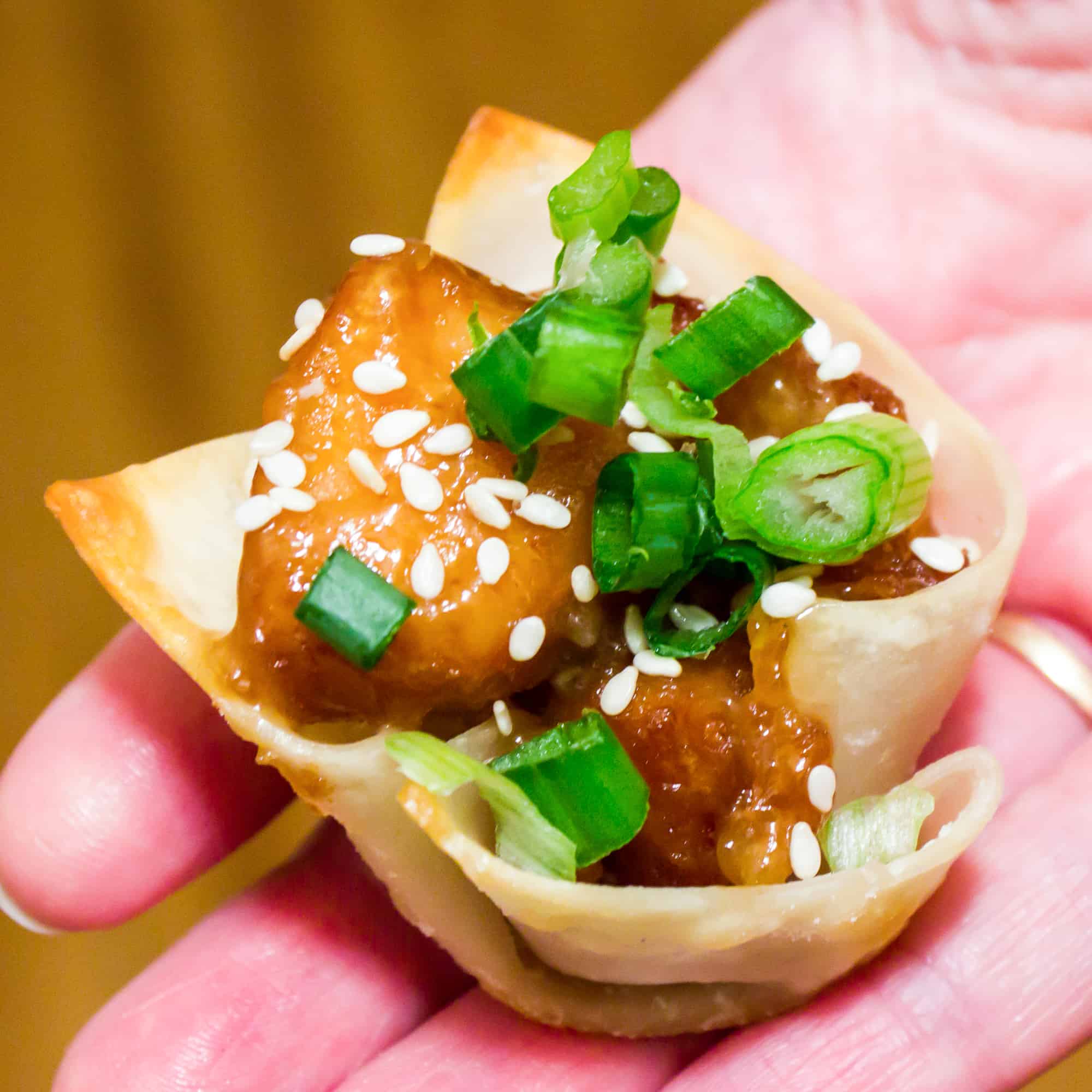