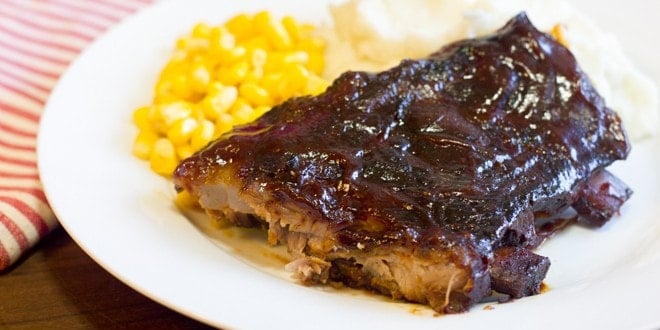 I absolutely love ribs and while I usually prepare them in my smoker or grill, there are times that I cook them in the oven. It’s funny, cause each time I do make ribs in the oven, I am surprised at both how simple it is and how the ribs are super tasty. Baking ribs in the oven over a lower heat for a few hours breaks down the connective tissues and results in a super moist and tender rib.

By baking the ribs in a marinade/sauce, it helps to tenderize the meat and give a rich flavour throughout the rib. This time I added a bottle of beer to the marinade. Any type of beer would work fine, so use whatever you have in stock. Once they have baked in the oven for a few hours, brush them with some bbq sauce and place them under the broiler for 5-10 minutes. These are as tasty as any ribs I have had! 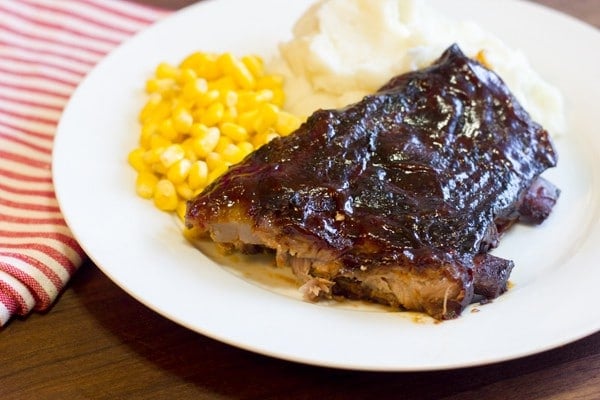 4.50 out of 5
2 reviews
Print
Simple to make and slow roasted in a sweet beer based marinade, these ribs are super tender and very saucy! This recipe uses side ribs, but back ribs will also work great!
Prep Time: 15 minutes
Cook Time: 3 hours
Total Time: 3 hours 15 minutes
Servings: 4 people 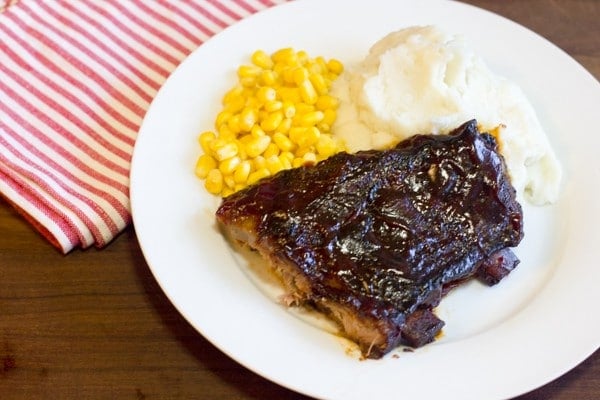