The weather in Toronto has gotten so much colder since Thanksgiving weekend. Thanksgiving was gorgeous and now it feels like late fall. Janna and I walked home after dropping the kids off at school this morning and admitted that it is time to get the winter coats out of storage.

With the cold weather we always  love to have food that warms you up. Soup becomes a regular part of our meals in the fall and winter, because it is a comfort food in the cold weather and the kids (and parents) love it.

All three of our kids love wonton soup – well they love almost all Chinese food we have. This wonton soup is a lazy man’s version since the wontons are store bought. They are a frozen variety that I pick up at my local Asian grocery store. 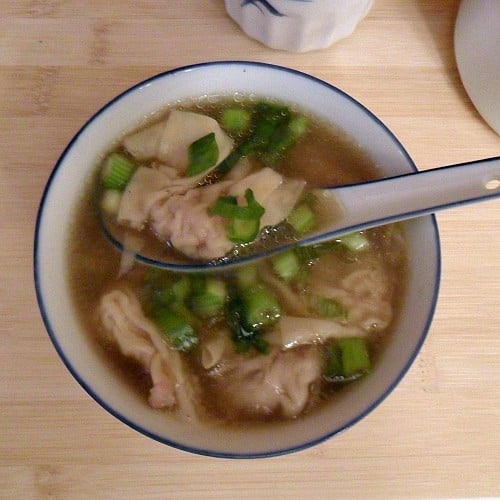 I feel somewhat ashamed to share this cheap version of a soup, but if you are like me, there are times you need to throw a meal together quick. I always keep some packages of these wontons in the freezer and they are there when I need a fast meal.

The broth is not a typical wonton soup broth. It has some soy sauce, star anise, cinnamon, ginger and garlic to give a deep flavour. I could just drink the broth by itself! 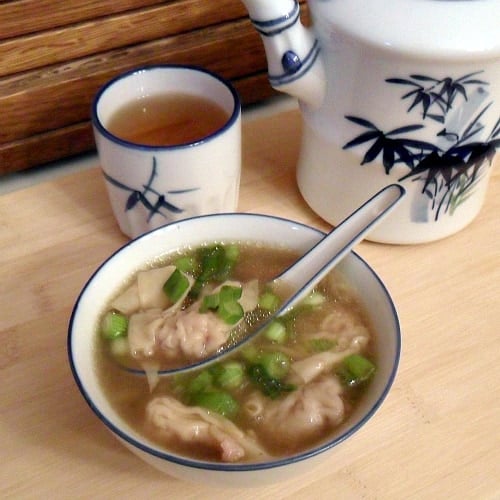