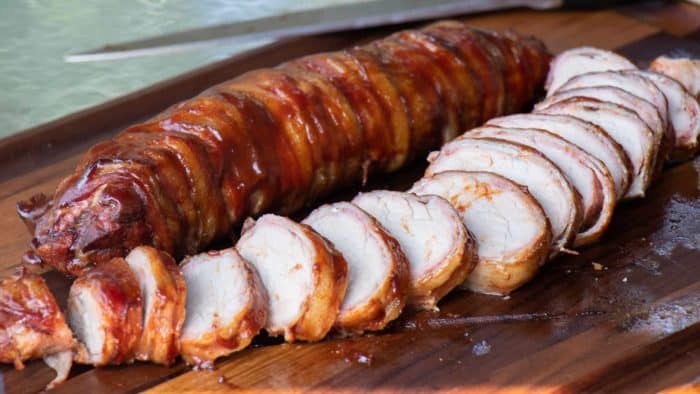 This past weekend was a holiday here in Canada. It was the perfect reason to get the smoker fired up and invite some friends over. Along with corn on the cob and picnic salads, I smoked some ribs, chicken wings and these bacon wrapped pork tenderloin.

Pork tenderloin are great for BBQ parties and potlucks. I cut them into medallion slices and people can take however many they want on there plate. Since I smoke lots of different cuts of meat anytime I have a BBQ party, having smaller sized portions is great so people can take a small piece.

The funny thing is that people always come back for more of the tenderloin! It is just incredible! 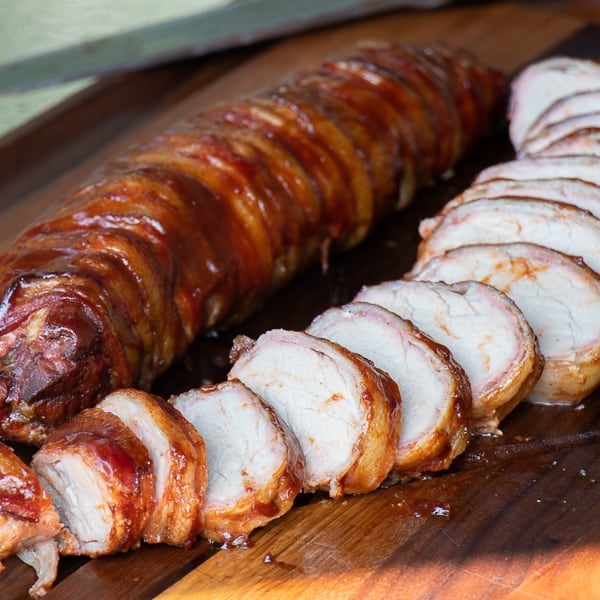 I smoke pork tenderloin so many times every year. Sometimes I stuff them, while other times I just season them with a rub or glaze. One of my favourite ways to smoke them is to wrap them in bacon. Everything is better with bacon!

I have a number of different pork tenderloin recipes for the smoker: 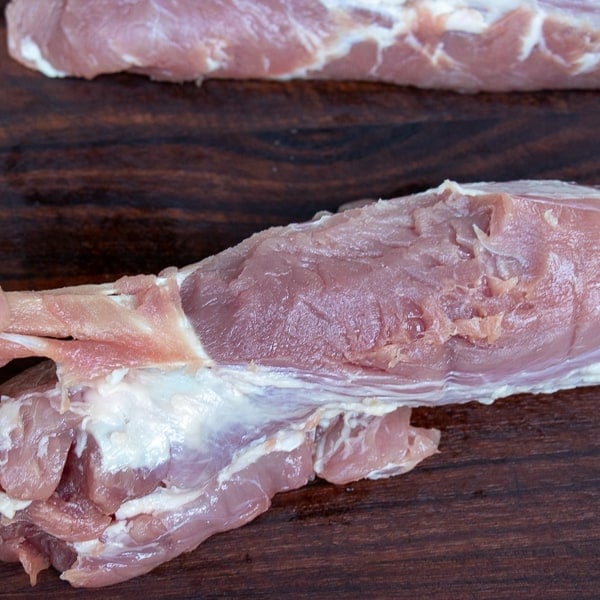 Prep the pork tenderloin by trimming any of the excess fat off. I also like to use a sharp knife and slice away the silver skin membrane off the tenderloin. 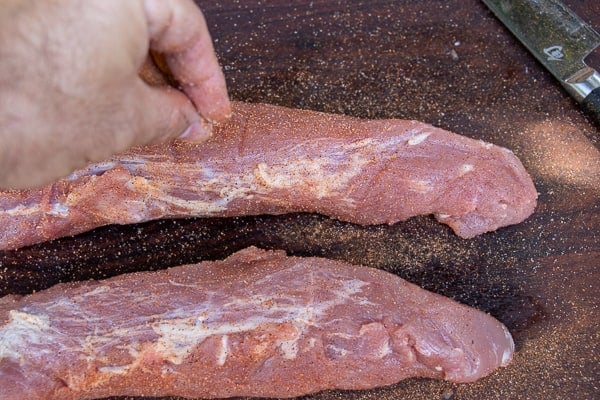 Once the tenderloin has been trimmed, season it with a cajun spice rub. You could easily use a store-bought cajun or creole seasoning. I also have a recipe for a Cajun Spice Rub.

If you want to change up the seasoning, you could use many different types of spice blends. It is a good change to mix it up and try different spice flavours. 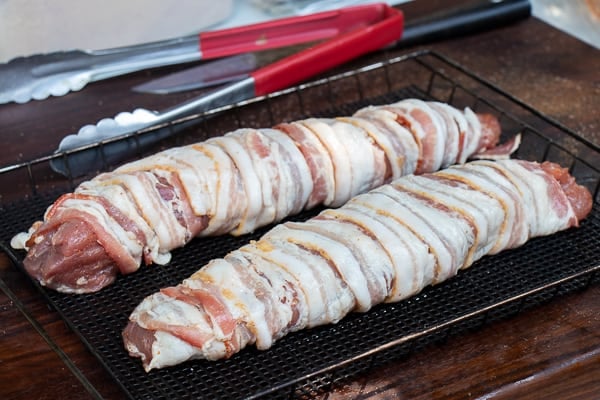 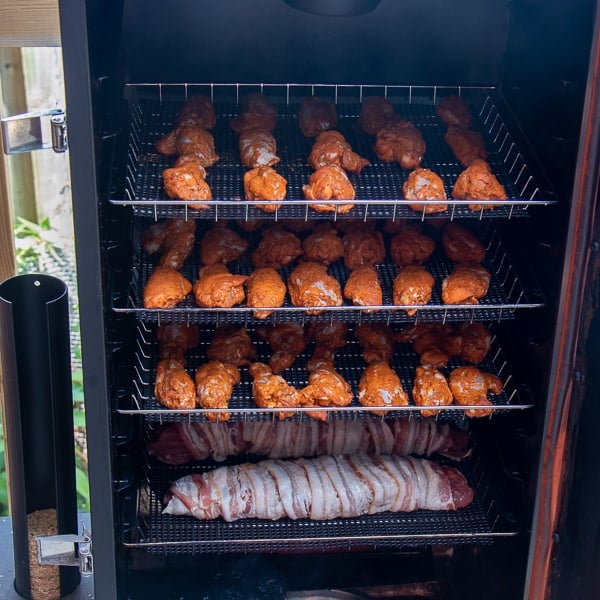 Set the smoker to 275F heat level. This temperature level is a little higher than I typically use to smoke pork tenderloin. Normally, I smoke at 225F or 250F, but I find that bumping it up to 275F does a better job rendering the bacon. 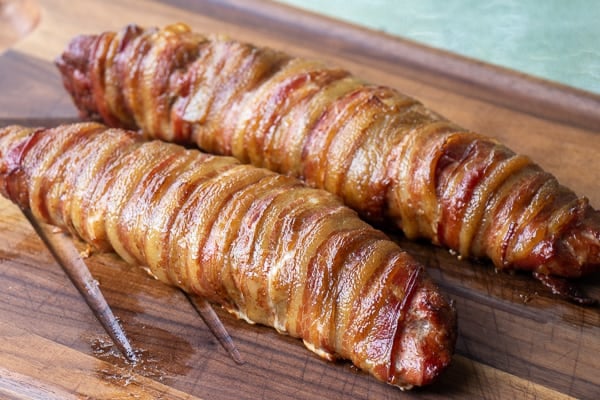 Smoke the pork tenderloin for 2 1/2 to 3 hours. You want the pork to be at least at 145F, but I find that I let it smoke past that level because I want the bacon to be a little more rendered than what it gets to when the tenderloin reaches 145F.  Usually, I pull it when the internal temperature is somewhere around 155-160F. 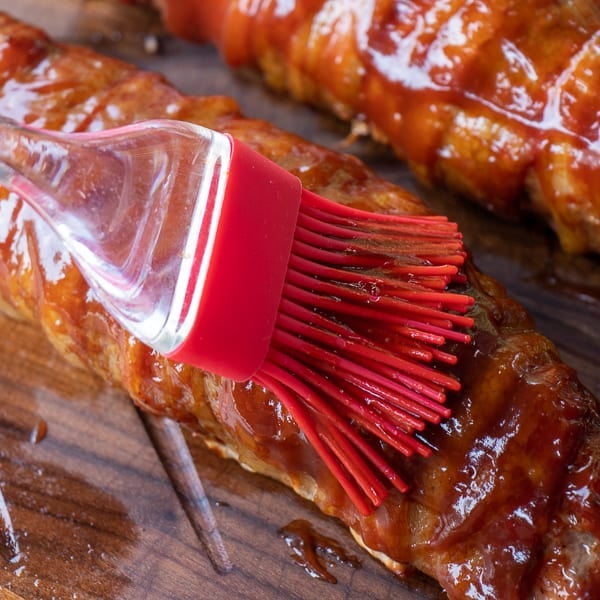 Once the pork tenderloin is finished smoking and taken out of the smoker, let it rest for a good 5-10 minutes. While it is resting, brush it with your favourite BBQ sauce. 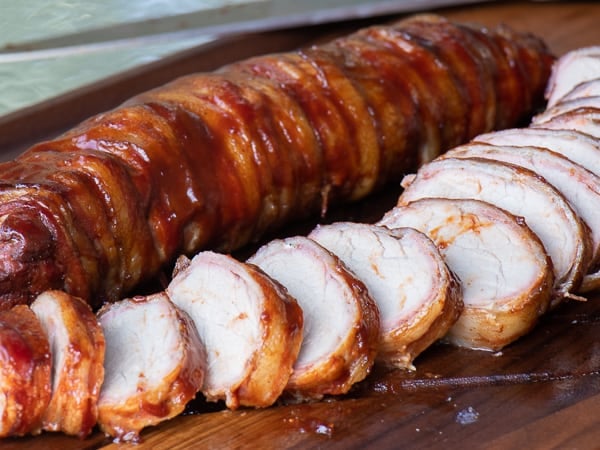 Slice the pork tenderloin into medallions around 1/2 – 1 inch thick. Serve just like this. It is just amazing!